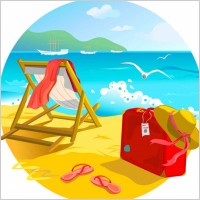 I just finished my latest Georgia book. Now, understand that when I say finished, I mean the first draft is done. It has been through my writers group, and right now several people whose opinions I trust are reading it. Which means it will go through several more iterations and drafts before it’s ready to be published.

Still, the heavy lifting is done. The story has been told, and my emotional investment in the book has peaked. In fact, I’ve said many times that writing a novel is like a marriage (compared to short stories, which are like an affair). This marriage has reached a plateau, and I’m ready to move on.

But not immediately. Whether it’s taken me three years or three months to write a book, I usually take a breather between novels. I realize that in some quarters that’s anathema and an author jumps right to the next novel, but I can’t do that.

I used to. When I had a contract with a Big Five publisher, I produced a book a year—no exceptions. Curiously, when I worked in TV news, I lived for deadlines. Didn’t mind them at all. But for writing fiction? Not so much. I think that’s probably because of the emotional investment we writers make in our stories. There wasn’t much of that in TV news. You got the story. Got it fast. Put it on the air. It was just news. If anything, a cerebral event.

Not so with writing fiction. I fall in love (or sometimes hate) with my characters, laugh or cry with them, fight with them, watch them as they grow, seek justice, or sometimes die on me. Not to mention Writers Insecurity, which plagues me every day. Did I use the most beautiful language I could? Could I have set the scene with more accuracy? Was the action compelling? Will anyone care about the characters besides me? So for me, and I suspect other writers too, writing is an emotional roller-coaster.

What I Do Between Books

Which is why I need a break between books. Not that I’ll fritter my time away, although I’ve been known to do that. I’ll be refueling, restocking my emotional closet. I’ll do research, catch up on my own reading, and watch tons of movies on Netflix and Amazon. I used to write a short story or two, especially to test out a character or scenario I’d been contemplating. This time, though, I’ve got too much going on: trips to Florida, Arizona, and California… and in the spring I’m going on the trip I didn’t take last year to Prague, Berlin, Vienna, and Budapest. Plus my non fiction column and blog.

My next thriller will be an Ellie Foreman mystery—she’s been on vacation for the past 5 years—and I am eager to get back to my old friend. It’s going to be an espionage thriller with a story in the present as well as a parallel story from the 1930s. Naturally, they will intersect. I think I know how, but things always have a way of changing.

Bear in mind, though, that the book you’re not working on is always the best thing since sliced bread, while the book you are working on is the “blankety-blank manuscript.” So Ellie is calling, beckoning, and luring me with her siren song. And I’ll let her seduce me… as soon as I finish revising Georgia.

What about you? How long a break—if at all—do you take between books?