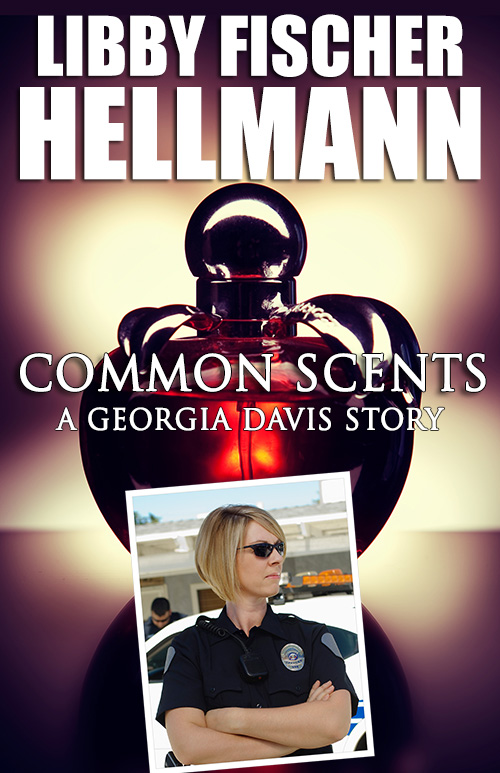 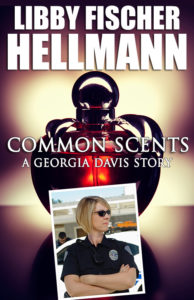 Georgia Davis made her first major appearance in my third novel, AN IMAGE OF DEATH, published in 2004. However, she was also the protagonist in this story, which was written and published about the same time. In this story, Georgia, who is still an officer on the Village police force, is anxious to move up to detective and makes a startling discovery in a nursing home.

Officer Georgia Davis twisted her head toward her lapel mike. “Got it.” She turned back to her partner. “Another Geezer call.”

Robby Parker tossed his pop can in the trash. “Someone’s fixin’ to die?”

“No. Possible abuse. At Palatine Nursing Home.” She balled up the wrapper her burger came in. “Just me, though. You’re supposed to head back in.”

She shrugged as she zipped up her jacket. Juvies, Seniors, once in a while, a double D—the perks of the female cop in the suburbs. But it would end one day. She’d make detective. She had to.

Exiting the food court, they walked past the newest store in the mall, “Scensations”, a luxury perfume shop where people designed their own fragrance. After customers chose a blend from over fifty oils and scents available, the store poured it into a bottle, slapped on a label, and charged a hefty price for the privilege. The founder had to be a baby-boomer, Georgia thought, as they skirted the door. Who else would push the envelope of narcissism that far?

“Six months.” Parker yanked his thumb at the window.

She shook her head. “It’s a fresh gimmick. I give it a year.”

After dropping Parker at the station, she headed over to Palatine Nursing Home. A small, red-bricked building unrelieved by trim or shutters, it crouched behind a large tree whose branches were coated with glassy ice. Patches of dirty snow hugged the ground around it. Driving into a side lot, she parked next to an old Mercedes. The unremitting landscape, in desolate shades of gray, seemed to presage an endless year of Februarys. She pulled her collar up against the cold.