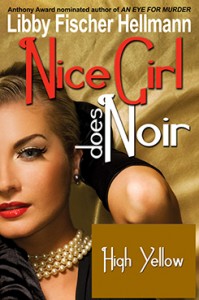 If you’re a fan of THE HELP but you like noir crime fiction, you’ll like this story. I grew up in Washington, DC, and I always wanted to set a story there. For some reason, it never quite worked until now. HIGH YELLOW remains one of my favorites, not just because it triggered so many memories of my childhood, but for what it says about the culture of what was – until the Kennedy administration – essentially a southern city. It was written for and published in Megan Abbott’s A HELL OF A WOMAN: An Anthology of Female Noir (Busted Flush Press, 2007). It is also in NICE GIRL DOES NOIR.