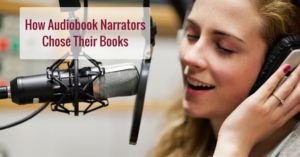 Thanks largely to Amazon and Audible.com (which it owns), audiobooks are quickly changing the way we “read.” Yes, I’m a book addict, but there’s just not enough time in the day for me to escape with a great story. So I make time. When I’m in the car, walking the dog, or cleaning the house, I now listen to audiobooks. In fact, audio is fast becoming my first “go-to” read.

As an author, I’ve produced audios of all my books and creating them has been fascinating… and fun. The most important decision is, of course, who or what kind of voice should narrate the story. Should it be a man or a woman? Should the woman’s voice be melodic and bouncy? Or alto and sultry? What about diction? Accent? Inflection?  As a producer, I decide all that in advance.

As many of you already know,  ACX has made it easy for producers and narrators to discover each other, and I’ve found some wonderful narrators. And while I’ve written about audio before, this time I wanted to give you a peek “behind the curtain,” so to speak, and let you see how three of them approach the job of narrating a book.  Btw, I’ve loved working with all of them—they are true professionals. And, as it turns out, their responses are fascinating.

Meet Diane Piron-Gelman, Robin Rowan and Karyn O’Bryant.  I couldn’t do what I do without them.

What do you look for in a book that you’re considering recording? What turns you on… and what’s an automatic “no?” 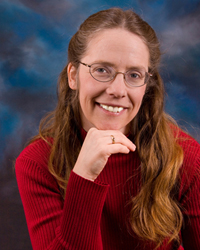 Diane: I look first at the quality of the writing. Language has sound and rhythm, texture and shape; if those elements aren’t there as I read, the book isn’t for me. If I can hear the characters talking in my head, I know the narration will go well.

Clumsy, clunky prose that makes the mental “ear” as well as the tongue stumble is a huge turn-off. Bad dialogue is another. I’d rather not have to suppress snorts of laughter while I’m trying to deliver a poorly written or really cheesy line and make it sound brilliant. 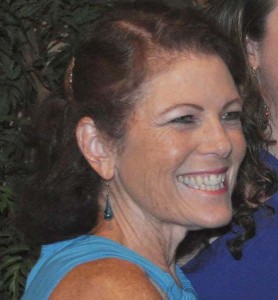 Robin: What I look for in a book is something meaty, something substantive that I can really get excited about. If you’re not excited about the book, you won’t do a good job. As a voice for commercials and also a former ad agency copywriter, I always followed the great ad man David Ogilvy’s advice: You have to believe that the product you’re selling (or the book you’re narrating) is the absolute greatest product (book) in the world. I think mystery/thrillers are my very favorite type of book, since that’s the type I would pick up and read myself. Ones to steer away from? I would accept any genre, but it is easy to tell in the audition script if the book is not well written, or if it is a page-turner. 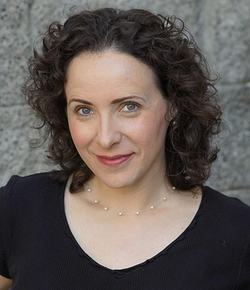 Karyn: I look for an interesting story. I also look for fair compensation for my work.

How do you prepare to narrate a book?

Diane: First, I read the whole thing. This lets me know the basics that affect how I voice each character: gender, age, where they grew up, whether they have a distinct accent or mode of speaking, that kind of thing. Is the character a hard-bitten, world-weary type? A sheltered twenty-something? A warm-hearted, bubbly person who spreads cheer wherever she goes?

Also, what’s going on with each character in each scene—are they excited, afraid, angry, joyful, falling in love, mourning a loss? All of these things color how I read them, whether we’re talking dialogue or internal POV.

I note what to look up for pronunciation. I also make notes about each character and practice vocalizations that to me express who each character is. If I get a character’s voice in my ear, I can think myself into his or her head-space, and then the reading flows naturally.

Robin: I don’t read the entire book before I begin narrating. Maybe some narrators do, but I just dive right in. I have a good feel for the story beforehand and at least know who the main characters are and how I will portray them. My husband knows that I am in “audiobook” mode when I spend 10 hour days in the studio and he doesn’t see me except for dinner for weeks at a time.

Even while I am away from the studio, I’m thinking about the characters, or perhaps I’m deciding to change something along the way. I remember getting to Chapter 21 in a 14-hour book and completely changing one of the characters. That meant going back and finding EVERY line spoken by her and editing it into the chapters. But you know what? I like to find out what happens as I go, just like a listener would.

Karyn: I read the book and take notes on each of the characters. I also look up any word that I’m not 100% sure of how to pronounce. Occasionally, I’ll chat with the author to get a better insight into the tone/style of the piece and extra character clues.

What’s the hardest part? The easiest? What about editing?

Diane: Some days, the hardest part is getting through a particular sentence without fluffing. Or getting through a highly emotional moment for a character without overdoing volume or enunciation and sending the recording meter into orange or red.

Another challenge is being able to spend several hours in the booth without background noise intruding: airplanes, garbage trucks, house noises like the refrigerator. It can also be hard to keep still so my mic doesn’t pick up chair creaks.

The easiest part is the acting. Narrating is an acting job, though you’re not playing to a 900-seat proscenium theatre. It’s more like TV or movies, the vocal equivalent of being in permanent close-up. A slight shading in tone can convey a whole new emotion, and a little bit goes a very long way.

Thus far, I’ve done minimal editing, as I’m still learning to use the extremely complicated ProTools software. In general, each finished hour I record represents roughly 2 ½ to 3 hours of work, not including text prep.

Robin: The most difficult part of narrating is coming across a character with an accent you’ve never tried before, or in one case, a French Canadian man who only spoke French. Sometimes for accents with which I’m unfamiliar, I go to YouTube and type in Charles de Gaulle to listen to his French, or Barbara Streisand for a Brooklyn accent.

Editing takes the most time, but is not the most difficult. I spend about 4 hours per every finished hour recording, editing, and then going back and proofreading with the audio. Narrators get intimately involved with every book, and sometimes it’s sad to say goodbye to a character you particularly loved to portray.

I always have the listener in mind. If I’m going to sit down and listen to someone’s voice for 12 or 14 hours, they’d better be pretty darned interesting to listen to, or I can’t get into it. I’m so cognizant of that as I’m recording!

Karyn: The hardest part is the editing. It takes significantly longer than recording or prep. The easiest part is the narration. It is enjoyable, and with good writing, the characters practically narrate themselves.

What tricks do you use to keep your voice going?

Diane: I have a water bottle on hand, make sure to do breathing warm-ups, and I keep a bowl of grapes nearby so I can pop one every now and again. Some narrators swear by green apple slices, but they don’t work for me.

Robin: I can keep recording for about 4 hours max per day before the quality of my voice changes and I have to stop. I swear by Milo’s sweet tea in the studio, because they use corn syrup, and it’s kind of “slickery” and good on the throat.

I keep my lips “lubed” with a “Kiss My Face” product, since it is almost liquid and helps with mouth noise. Apples slices are wonderful for helping with the mouth noise as well. You’d be amazed at what you can hear in those headphones!

Karyn: Regular vocal exercises, lots of water, not a lot of booze or caffeine, and throat spray.

Where do you see yourself in 10 years? Still recording?

Diane: I would love to still be recording in 10 years, hopefully with a large enough body of work that I can command finished-hour rates that are double or more what I make now. What other job is there in the world that pays you to pretend to be other people?

Robin: I’ve been narrating books since 2009 and have finally found my niche. I have never had so much fun at any job in my life, and there’s absolutely no reason why I can’t keep doing it until I’m well into my 80s. How wonderful is it to wake up every morning, looking forward to immersing myself in a great book? There’s nothing like it.

Karyn: I honestly don’t know what the next 10 years will hold, just as I could not have imagined 10 years ago that I would be where I am today. I would love to continue to be involved in voiceover and audiobooks. It is all an adventure, and it’s a delight to experience its unfolding.

So, there you have it. Btw, Diane recorded 3 of my novels:

Robin has done two plus a lot of my short stories:

And Karyn voiced the first audio I did myself: