So… several years ago I was called for Jury Duty down at the Daley Center, which for those of you not from Chicago, is both the city and Cook County courthouse in the heart of the Loop. It mostly tries civil cases, ie lawsuits. As it happens, I don’t mind being called for jury duty. … Read more

I wrote my first novel in 1996. It was arguably the worst novel that’s ever been written, and after I realized that, I began a second one. I joined a writers’ group around the same time, and the novel that came out of that effort was certainly better than the first. So I queried a … Read more

Every coin has two sides. I wrote about the things I hate most about writing fiction, so I will flip the coin to look at the aspects of authorship that give me a buzz.   Research – Hunting for facts and context I love the constant learning, the thrill of the chase, the meticulous search for … Read more

When I began writing crime fiction, I remember lots of chatter about the perfect murder weapon. The undetected murder. The exotic substance that couldn’t be identified. I heard about poisons like oleander, foxglove, arsenic, and — moving up the hazardous bio-chemical scale — cyanide, sarin, and anthrax. Indeed, I flirted with ricin in one of … Read more 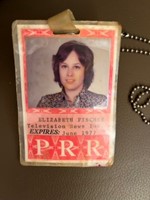 After 36 years in the same house, I’m finally downsizing. I bought a wonderful condo about two miles from the house, and I close in September. Now comes the rush to put the house on the market. Painters, handymen, floor people, my realtor, and the stager have been in and out, all of them dispensing … Read more

My two-week sojourn across Italy is over, and I’m in the UK for a little R&R. Home this weekend. It was a marvelous trip, and I met some terrific women, mostly from Arizona, as is the guide, author, and tour leader, Corinna Cooke. Her small 5-person group tours are a treat, and I strongly encourage … Read more

While I’m temporarily on vacation, I know many of you women readers have careers in which we must speak publicly. If you’re one of those women, read on! I’ve just been interviewed as part of an amazing panel of 21 experts on the topic of powerful communication and speaking for professional women. The interviews are … Read more

They (whoever they are) say that if the 1st book in your series is a winner, readers will read through the entire series. I don’t know if that’s true, but I have a couple of great deals on both 1st Ellie and Georgia books for you! An Eye For Murder was a spinoff from the … Read more

Chicago’s Blues Fest is usually the first or second weekend in June. I used to go every year, picnic with friends, and get down with one of my favorite genres of music. Then I got published and discovered that Printers Row Book Fest was the same weekend. Goodbye, Blues Fest. Printers Row has since changed its … Read more

Every once in a while, something happens out of the blue that surprises me – in a good way. Before I started writing, I had another life. Some of you know I started out in broadcast news but joined a PR firm in Chicago when I moved here Eight years later I started my own … Read more