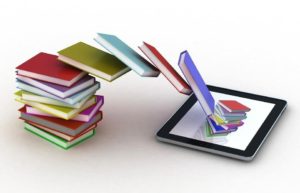 A blog post on Publishers Weekly recently claims that “digital fatigue” is making ebooks less appealing, and, as a result, fewer of us are buying them.

What is “digital fatigue?” According to the author of the PW article, the phrase was coined by Codex president Peter Hildick-Smith who believes this is a new consumer phenomenon. His research claims that the current range of ebook reading devices, from smartphones to tablets, tablets and dedicated ereaders, has failed to deliver a popular enough long term alternative to the printed book.

A search on Google for ‘evidence for digital fatigue’ delivers little reliable information about the phenomenon. There are no ‘scholarly articles’ about it. There is an eContent article dating back to 2013, which suggests the digital generation is starting to show a keen interest in traditional, non-digital reality.

And Ann Mack, director of trendspotting at J Walter Thompson, says that JWT started following the revival of analog back in 2010 or 2011 based on a trend they identified as de-teching.
“As our dependency on technology rises so too will our desire to dial it down, at least temporarily, so we can be present in the offline now, and see people face to face and engage with them in reality rather than in virtual reality.”

A post on the alphabeatic website also mentions digital fatigue, albeit briefly, saying, “There are many reasons why e-books are better than their print counterparts, but there’s also one big way in which they aren’t – they require screens, which many people otherwise look at all day.” They predict a widespread return to non-digital pastimes.

But does that indicate a digital downturn? The absence of research proving some sort of anti-digital revolution is taking place, tells me that “digital fatigue” as it applies to reading is merely supposition, not fact.

In fact, I’d say that the theory of digital fatigue, as it applies to reading, indicates a lot of chutzpah. While I grant that some dream of spending less time on digital devices –Retro-hippies anyone?— but as it pertains to reading, the theory doesn’t hold water. Mostly because the statistics are incomplete. Yes, ebook sales from traditional publishers have decreased, but that’s mostly because the Big Five have raised their ebook prices so much that there’s little difference between digital and print editions. At the same time, the statistics fail to count all the indie authors who are continuing to publish and sell books at a healthy rate.

I prefer to follow Author Earnings, Data Guy and Hugh Howey’s quarterly estimates, which continue to show a brisk rise in earnings for Indie Authors. In fact, Author Earnings report that the Big Five are seeing the error of their high-priced ways and have actually started to lower their ebook prices. I wonder what that will do to the statistics in the 3rd and 4th quarter of 2016.

What does common sense say?

Common sense says once people get used to a new device, they’re less excited by it. Logic says there must be a saturation point for e-readers, where every household owns at least one and the household’s readers have all the tech they need to engage with ebooks.

Look at things that way and ebooks are simply being integrated into the normal way of doing things – not an activity that’s being discarded by the reading public. It’s much more likely that things are merely finding their natural balance.

Your turn. What do you think?