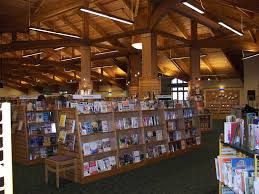 We hear it all the time. Self-publishing is a business and the author is an entrepreneur. After you finish the book, your job has just begun: cover design, editing, distribution, promotion, pricing, inventory— oh—and a little thing called profit. Over the past five years as I’ve moved from traditional to indie publishing, I’ve discovered what I can do myself and what I need to delegate. Along the way, I’ve been having a great time. Publishing is fun again.

But it’s not perfect. While most of my efforts are directed toward the ebook market, my books used to be primarily in bookstores and libraries, and my print sales have fallen off. In fact, for many indie authors, bookstores and libraries are the bête noirs of the new world. Some authors don’t even produce a print version of their work. Which is too bad, because most of the world still reads on paper.*

But for those authors who do (and I recommend it), perhaps the following will be helpful.

As you may know, bookstores have survived for the past few decades on credit. When a new book comes out, a bookstore used to order 20 copies from the publisher, knowing they would only sell 10. Because publishers allow bookstores to return unsold books in exchange for credit on future purchases, booksellers have little risk or capital outlay. In some cases publishers even pay for shipping. And while the practice of returns has become self-defeating (that’s a different blogpost), returns are still common.

When POD books first came on the market, they were not returnable, and bookstores wouldn’t stock them. Happily though, today you can make a POD book returnable, if you publish through Ingram’s POD division, Lightning Source. By electing to pay $2 a copy, they will send it back to you if the bookstore returns it. Otherwise, they will destroy the book. As far as I know, Createspace doesn’t allow returns right now; neither does Ingram Spark, but wouldn’t it be great if they did? Returnability, for as long as it continues, is an important inducement for bookstores to carry your book.

Speaking of Createspace, let’s be honest: there are booksellers who will NEVER buy anything from Amazon. That’s just reality. So my workaround is to distribute through both Createspace and Lightning Source: Createspace for the Amazon stores; Lightning Source/Ingram for bookstores. It’s a bit more expensive, and a little more work, but for me, it’s worth it. I can tell a bookseller my book is not going through Amazon, and having dispelled the returnability problem, I’ve eliminated their risk. Plus, my titles are listed in the Ingram catalogue, which is a big plus, since it’s easy for bookstores to order a few copies. And if those copies sell well… we have a happy ending.

Libraries are tough. I think much of that is because libraries use Baker and Taylor as their supplier, and B&T is more “exclusive” in their catalogue listings. Even small traditional publishers have problems being included. Which means that many acquiring librarians don’t know you or I are publishing new books. That saddens me; I love libraries and librarians, and their support has been critical over the years.

I’m not quite sure why libraries are so attached to B&T (Attractive discounts, perhaps?), or why B&T refuses to catalogue indie books, especially since they recently bought their own POD company, Bookmasters. I figured that would mean a book published through Bookmasters would automatically be included in the B&T catalogue. Apparently, that is not the case. I was told 6 months ago that publishing through Bookmasters is no guarantee of landing in the B&T catalogue.

The other problem with libraries is that there’s no single person who acquires books. A large library might have an Adult Fiction Acquisitions Officer, while a reference librarian might perform the same function in a small library. So there’s no one way to reach the correct individual. I’m in the process of contacting libraries via letters— I’ll let you know if it works.

Clearly, there is room for improvement where print books and indie authors are concerned, but I’m not giving up. And, if you have any suggestions or workarounds, I’m all ears.

* “Though e-books are rising in popularity, print remains the foundation of Americans’ reading habits… just 4% of readers are ‘e-book only.’” (Pew Internet, January 2014) http://www.pewinternet.org/2014/01/16/e-reading-rises-as-device-ownership-jumps/