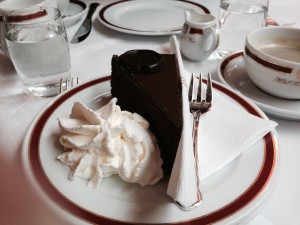 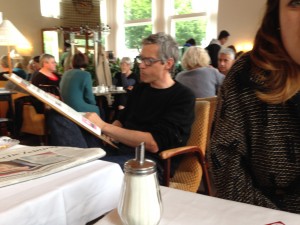 I’m going out of order of our itinerary…mostly because Vienna was my favorite of the four cities we visited. Unfortunately, it was also the one we spent the least time in. It’s a little slower than the other cities, more sophisticated and charming, and the pastries are, of course, out of this world. I love the idea of idling away most of the afternoon reading a newspaper, and in the Pruckel Café which we adopted while we were there, people were doing just that. 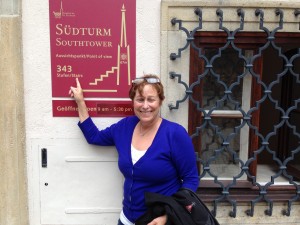 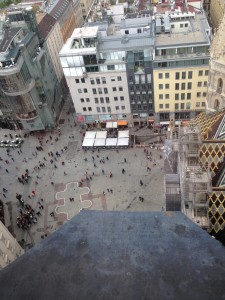 I also climbed the 343 steps of St. Stephens Cathedral, went to a Catholic mass where the singing choir was incredible, went to a concert and dinner, tore through Emperor Franz-Joseph’s palace, his library, and the Sisi museum. 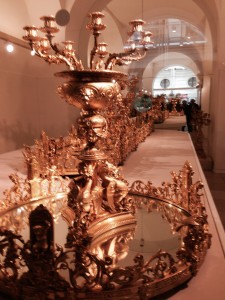 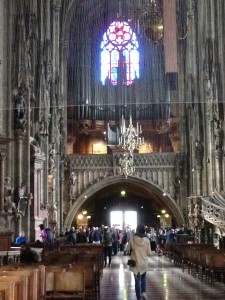 Sadly, I didn’t have enough time to go to other museums I wanted. So, obviously, a return visit is in order.

Oh, and of course, we had Sachertorte at the Sacher hotel, 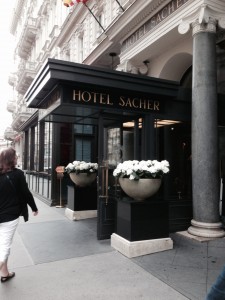 but what was even funnier is that Angela and I ended up in a restaurant for lunch (we just stumbled on it) that had once been owned by THE Franz Sacher. What a coincidence! Or maybe not. 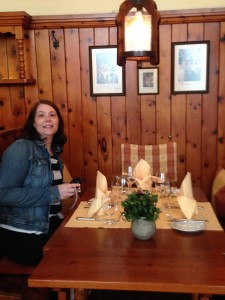 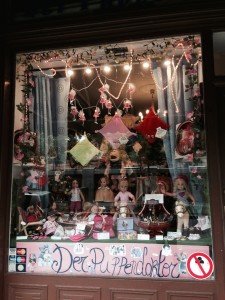 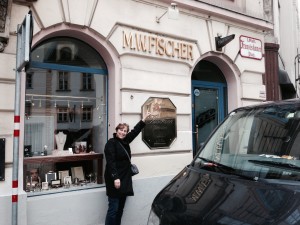 Finally, it turns out some of my ancestors are from Lanzendorf, which is a suburb of Vienna. I think there may be something to this gene thing.