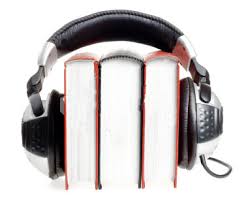 ted to expand on one of the points I made in my previous post. I’m not sure the above title is the right way to describe it – there’s probably some term already in use that has nothing to do with what I’m talking about. But I haven’t found a better name, so I’m going with it.

One of the happy – and unexpected – advantages of going digital with books is the production of related (or what used to be called “subsidiary”) content at a very reasonable cost.

It’s probably most noticeable with audiobooks. Btw, I’d really like to talk to someone who is knowledgeable about ebooks and foreign translations… in fact, if you’d like to guest post, get in touch.

Back to audio –I remember longing for a company to pick up my Ellie Foreman books on audio, but being told by both my agent and my editor that the series had to be selling at a higher level to interest an audio producer. I also remember thinking that shouldn’t be the case. That, just as people have a wide selection in paper books, that selection should be available in audio. I remember being told by an audio producer that it cost thousands of dollars to produce an audiobook back then (this was only about ten years ago, btw.) and I’d have to sell about 50,000 copies per title before they’d consider me.

I have a background in film and video production and used to work for a radio station. I’m not an audio producer, but I knew even then that was  — er — hyperbole.

The big producers have their own studios, and after the initial construction costs, production costs are minimal. Yes, a narrator can cost a few thousand, especially if they’re a “big” name, but other than that, audio is the one format that was considered affordable, even before things went digital.

Today the costs are even lower. I produced an audio of SET THE NIGHT ON FIRE over the summer with a professional narrator for about $1500. But that’s not the best part – at least for authors.

Audible — Yes it’s owned by Amazon —  in an aggressive move to corner as much of the audio market as they can, has launched a new program for US authors. Through ACX you can list your books (you need to have the rights, and they need to approve you) that are available for audio production. There’s also a database of narrators, and you can search through them, find a voice you like, and make an “offer” for that narrator to record and produce your book. There are different options as far as costs go, and different options for distribution, and yes, there’s a way for you to pay nothing upfront. Yup. It can be free.

Not a bad deal.

I listed two of my books and received an offer on one within a few days. Thus, I’m happy to say that the audio of my very first Ellie Foreman book, AN EYE FOR MURDER

, will be recorded and available hopefully by the holidays. That will make four of my eight novels (EASY INNOCENCE and A PICTURE OF GUILT are the others) now on audio.

So far I haven’t seen a similar program for book-to-film or video.  But like audio, the costs for video production have come way down. How far behind can it be?

Are you listening, Netflix? I hear you need to create some good-will these days…