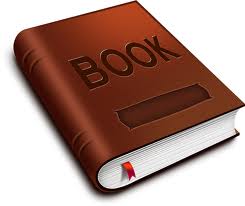 Those of us who have published our own ebooks over the past few years know it can be an exciting and profitable venture. And the ebook market is still growing, though not at the same pace as it was—but we knew that was bound to happen as the digital industry begins to mature. A Pew Research Center Poll in December 2012, for example, declared that 23% of Americans aged 16 and over read an ebook in 2012, up 7% over the year before, but those are not the triple digit numbers we saw in 2009-10.

We also know that market penetration of ebooks depends on what genre is involved. Thus, statistics are all over the place, depending on which side of the publishing shores from which you’re waving, and those statistics are apt to be heralded and/or manipulated to make a point. However, despite the vagaries of the “lies, damn lies, and statistics,” I think it’s important to produce a print book along with your ebook for the following five reasons.

The bottom line suggests that Ebook readership averages 20% of the overall book market. It’s higher for crime fiction, sci-fi and romance, of course. However, its important to note that of the 20 %, most readers ALSO still buy, borrow, and read print books. So the demand for print books is still enormous. In fact, it’s over four times as big as the market for ebooks.

Why on earth would an author ignore this? If you are serious about your writing, if you think your work deserves a wider audience, the answer is you can’t. Which means you should produce a print version of your book.

Today, companies like Createspace (owned by Amazon) make it incredibly easy to create a trade paperback or mass market, and I imagine Ingram Spark, when it launches in July, will as well.

Now, this is important. I don’t want to mislead you. While producing a print version is easy, distributing and marketing it is not. It is still NOT easy to get into bookstores, especially if you’re using Amazon’s Createspace— booksellers have too much antipathy towards the company.  However, Ingram Spark, by virtue of not being Amazon, will not carry that stigma, and Lightning Source, Ingram’s current POD publishing arm, doesn’t either. Which is why it makes sense to consider a publisher’s account with them.

But a critical development, recently implemented, bodes even better for indie authors and bookstores. Major print distributors, like Ingram and Baker & Taylor, are now making POD books returnable, which was a major barrier why booksellers refused to stock them in the first place. The reasons why this happened and what the implications are for authors would require another blogpost from me, but happily, Kris Rusch has already written it and it’s a damn good explanation, so I’ll defer to her.

Because of this development, I think POD produced books will grow exponentially over the next year, and indie authors should see more opportunities and fewer barriers. The “returnability” factor alone will make booksellers more willing to take a chance on your book.

However, there is a caveat, and you should be aware of it. As a writer, you are NOT going to make a ton of money from the print version of your book. At least at present. If you elect to make your books “returnable,”  you will pay for that privilege.  On top of that, most distributors require that you offer books at a 55% discount off retail price. So, after you factor in all your costs, you will likely just break even. Or make just a few pennies. Still, I think it’s important to do. Read on.

The outlook is more cheerful when you deal with libraries. I do twice as many events at libraries than I do at bookstores these days, and all of them allow me to sell books at the end of the event. So that’s one avenue for sales. But let’s explore library sales from the distributor end. Once it’s on their shelves, it stays. At least for a few years. Plus, if a librarian likes your book, they can feature it in their newsletters or “Best Bets” lists, and new readers can find you. Plus, when you deal with libraries and librarians, you know you’re talking to a qualified audience—people who love to read. In fact, I have made libraries a cornerstone of my marketing efforts. Btw, if you’re in the UK, there’s a special library program where, under certain circumstances, the government will pay a stipend to you for your books that are acquired by libraries. Don’t quote me on this; I just know it is there for some authors and books.

The drawback is, of course, that libraries don’t buy as many books as bookstores, but here’s where you can help. Library budgets being what they are these days, why not gift a copy or two to the libraries in your area? It’s especially useful if you are trying to make a name for yourself. You can then ask friends to borrow it from the library, since the more people who borrow your book, the better chance another library will order it.

Plus. you should know that librarians talk to each other… a lot. In fact, they’re some of the neatest people I know.

Let’s face it: everyone knows how to operate a book. Just open the cover and turn the pages. No fancy downloading instructions, no messing around with charging an e-reader or tablet. If the electricity fails, you can still enjoy a book in print. And if you want the senior set to read, think print.

I didn’t buy a Kindle for almost two years because I couldn’t wrap my head around the fact that I needed an battery to read. Now, of course, I’m a convert, but like millions of others, I still read printed books. And buy them too.

Auctions, charity events, book fairs: all these events value printed books above ebooks, and elevate the intrinsic value of a book to a point that ebooks haven’t yet acquired. So make them available. And have them ready when someone approaches you.

You might even want to factor in the print costs as part of your promotional budget. The objective, after all, is to get read, especially when you’re starting out or trying to expand your audience(s).

In the final analysis you aren’t going to make the same kind of money you would with an ebook, but you don’t have to lose money, either. And the allure of a print book is still very much with us—I haven’t even touched on awards, many of which require a printed book—or collectors, which are a small but devoted market.

PS A reader friend of mine on Goodreads just posted another reason to publish a print version. I’ll quote her:

Another secret: “(I’ve talked to other readers who say the same…When I read a NEW author: I’ll remember them when I read their PAPER book (maybe I’ve touched their book day after day –seeing their name in front of me over and over with their headshot picture to boot) —but when I read a NEW author on Kindle —I can’t for the life of m remember “WHO wrote that book”??? Why is that????  Simple…. The author’s name disappears as soon as the Kindle story begins.”

I hadn’t thought about that. Makes sense to me. How about you?