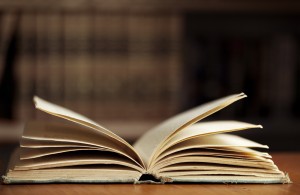 I’m excited to share with you a structure for both writing and editing a chapter of your novel. We’ve all been schooled in introductions, conclusions, and the overall flow of a novel. But what about individual chapters, which, after all, are the building blocks of your story? Is there a format? How do you know if you’re doing it right? Frankly, that’s usually where I have problems.

But now there’s a solution. It’s called CASTS and I use it all the time. It’s a terrific vehicle, and I wish I could claim credit for inventing it. But I didn’t. CASTS is the brainchild of mystery author Nancy Pickard, whose amazing suspense novel, THE VIRGIN OF SMALL PLAINS won the Kansas Book of the Year when it was published in 2007. Her subsequent novel, THE SCENT OF RAIN AND LIGHTNING has also been highly acclaimed. Nancy says she figured it out while editing and revising those books.

It’s deceptively simple, and yet you could spend hours doing it. Indeed, Nancy conducts workshops on how to use CASTS effectively, but she’s given me permission to share it with you. And although this is not a workshop, I think you’ll get the idea. I’ll also share her sure-fire way to test whether you’ve done it right.

CASTS is an acronym for the following elements all of which are critical to a powerful chapter.

We know in fiction that there must be conflict on every page, even if it’s just a character wanting a glass of water that they can’t get. There should be a conflict in every chapter. It doesn’t necessarily have to be THE conflict of the novel, but in some way, you need to illustrate or explore something your character wants but hasn’t yet been able to get.

you have surprise. Btw, surprises may be hiding, and your characters don’t readily see them. Tease them out, reveal them in a unique way, and you’ll have more drama.

This concept comes from screenwriter Robert McKee’s well known book Story: Substance, Structure, Style and the Principles of Screenwriting. Even though McKee is discussing film scripts, Nancy says the principle works just fine with novels. The idea is that something needs to “turn”— or change in every chapter. Again, this doesn’t have to be a big change. It could be a character’s mood swinging from hope to despair or from fear to confidence. It could be as simple as changing locations… a character drives from the beach back to town. A character might change their clothes. Then again, it could be a major “turn,” ie an important plot reveal or event.
But whatever its nature, a turn is essential for every chapter.

This is pretty much what you think: a reminder to use all five senses in your narrative to describe your characters, setting, and action. Personally, I feel the sense of smell is underused, but it’s extremely powerful; so use it judiciously.

Now… how do you know if you’ve used CASTS effectively in a chapter? Here’s a way to check:

Get 5 different colored highlighters, one for each letter in CASTS. Print out the chapter. Then go through it line by line and highlight the parts of your chapter that correspond to each element of CASTS. If you’ve missed one, well, you know what to do.

Hope this helps your writing… I know it’s helped mine, and I’m delighted to share. Nancy got it just right, didn’t she?