The holidays are upon us, so before everyone scatters (mentally more than physically), I wanted to share some recent fangirl moments that I’m still stoked about. Consider this a 2012 Fangirl round-up.

I continue to be a Homeland junkie, and despite a few blips in Season Two, I still think it’s one of the best shows on TV. I actually predicted the finale, so if you haven’t watched it yet, just skip to the next topic. Here is my FB prediction. Note that I posted it four hours before the show was on: 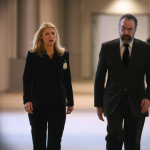 Claire Danes has more expressions than a hall of mirrors, and Damian Lewis has none. Indeed, the SNL skit  with the “mouth that never moves” isn’t far off. But he’s a fabulous actor: Watch the Forsyte Saga and Keane, in which he delivers a fantastic performance. I’m still not convinced Brody’s in love with Carrie as much as she is with him. The lovey-dovey stuff started quite precipitously in the middle of the season. I think Brody is looking out for Brody more than anyone else. But we shall see.

For me the real star of the show is Mandy Patinkin… his smile at the end of the finale was worth the entire season. He’s a Chicagoan, btw. 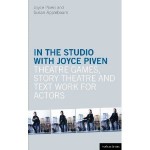 My next adventure is best called “geeky fangirl gone wild,” so bear with me. My daughter works for the wonderful Joyce Piven, who Chicagoans know as one of the partners who started the Piven theater years ago. Her husband Byrne is no longer with us, but Joyce continues to run the theater and teach classes. Joyce just came out with a book, which I recommend to anyone who has an interest in live theater. (She’s Jeremy’s Mom, btw). It’s incredibly detailed and knowledgable. Her co-author is Susan Applebaum, another veteran of Piven.

Anyway, it turns out that Joyce is friendly with Nancy Cusack, mom of Joan and John, who were both active in the Young Piven Theater Group. Joan happens to be one of my favorite actresses (and would make a fabulous Ellie Foreman, just sayin’). Joan owns a store on the Gold Coast coast called Judy Maxwell’s, and she hosted a signing for Joyce.

I was honored to be invited (only because of Robin, my daughter) and while there, did my fan girl thing. The store is wonderful—they have all sorts of things for your home that you didn’t know you needed until you see them. Including giant scrabble tiles (I lust after the Q and the X—lots of points), as well as bowls of tiny tiles from which you can create your own words. As an active Scrabble player, I decided to create this word, which, if you play, you know is very high scoring (especially on a triple word space, althoughI have yet to use it). It’s a mucosy cyst, btw. 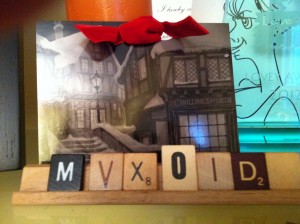 “No problem,” she said cheerfully and proceeded to give the “V” a leg. 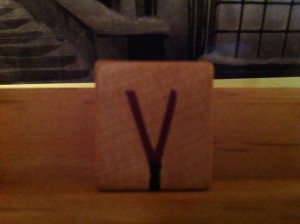 Then she asked me if I’d like her to sign the back of the “Y.”. Remember, this is just one of those 7 tiny tiles you get when you’re playing the game. “Are you kidding?” gasped fan girl Libby. “I’d love it!” Here’s the result:

What a lady! Oh, and just to keep the theme going, one of my favorite of her films was the conspiracy thriller ARLINGTON ROAD with Jeff Bridges. 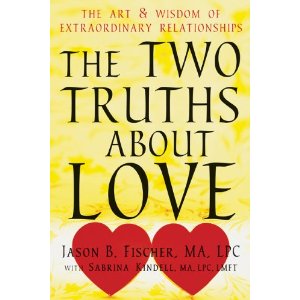 My nephew, Jason Fischer, is a therapist in Austin Texas, and he’s just come out with HIS first book…

It’s a common sense self-help approach to relationships with a touch of Buddhist philosophy thrown in – Jason is an ordained Buddhist monk as well. He’s also written a book of poetry, and is working on his next THREE books. (Talk about productivity!) 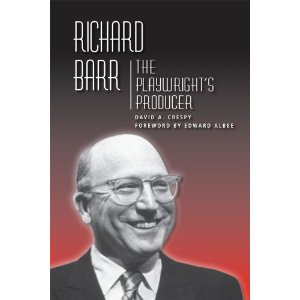 Finally, my late uncle, Richard Barr, was a theater producer in New York. He produced all of Edward Albee’s plays as well as Boys in the Band, Sweeney Todd, and others. He’s been gone over twenty years now, but David Crespy, a professor of playwriting at the University of Missouri, is coming out with a biography of him next spring. We’re thrilled…. and we hope it will be included in lots of theater collections. Btw, Dick started out in Hollywood (he made the reverse trek back to NY) working for Orson Welles. He (Uncle Dick) has the first speaking line in Citizen Kane. He was the projectionist.

That’s it for this fangirl round-up. Hope everyone has a wonderful holiday!