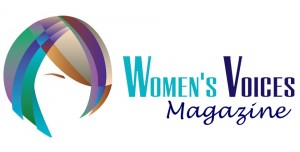 This is a reprint of a column I wrote last month for Women’s Voices Magazine. The August issue is out tomorrow with a new column. I hope you’ll come on over and check it out. There are dozens of smart, articulate, talented women writing about everything you could imagine. You can find it here.

I confess: I’m a wordsmith. And because it’s summer, we’re all looking for beach reads, right? But, like most wordsmiths who enjoy playing around with letters, I decided to transpose a couple of them in the word “beach,” and—voila! A niche genre is born.

Actually, it’s not new. The Bitch has been with us since civilization began. I mean, really, Eve, did you have to go after that apple? Poor Adam was trying to do the right thing, but there you were, tempting him and leading him astray for your own purposes.

Yes, that’s one of the criteria that defines a bitch.

Ambition is another. So is self-centeredness. A devious mind. Spiteful or malicious behavior. And while none of you reading this column could ever be a bitch, we’ve all labeled someone else one at some point or another. I know I have.

There’s even an academic study about bitches, called The Bitch is Back: Wicked Women in Literature by Sarah Appleton Aguiar, in which she divides bitches into four categories that include the domineering shrew, femme fatale, castrating bitch, and more.

But, here’s the thing. With just a few slight adjustments, a bitch can become a bombshell. That’s because the qualities a bitch possesses, if channeled more constructively, can describe a strong, capable, confident woman. Someone we admire and respect.

Tina Fey and Amy Poehler were the first I remember to explore the upside of being a bitch in their unforgettable Saturday Night Live skit back during the 2008 election:

So in the spirit of letting our hair down, having some fun, and staying cool, I say it’s time to honor our inner bitch. Here are some of my favorites.

You cant get much bitchier than Barbara Stanwyck (Phyllis Dietrichson) who seduces Fred MacMurray (Walter Neff) in Double Indemnity so he will help her kill her husband for the insurance money. She is a consummate bitch: fearless, ambitious, focused. She knows what she wants, and God forbid anything or anyone gets in her way.

Talk about your domineering mother. Christine Crawford’s memoir about growing up Mother Joan paints Mama as quite an abusive bitch in Mommie Dearest. According to Christine, Crawford neglected her children, cared only about her career, and, of course, couldn’t abide wire coat hangers. Curiously, after the book was published, a number of Crawford’s friends (including Barbara Stanwyck) refuted the events Christine wrote about in the book. That made me wonder: Who is the real bitch here? Is this a case of the apple not falling far from the tree?

Keep in mind that a bitch doesn’t have to be an adult. Remember Veruca Salt in the Willy Wonka film Charlie and The Chocolate Factory? “Daddy, I want it all… and I want it now.” We’ve seen teenage girls act bitchy in plenty of YA novels and films, but Roald Dahl takes the concept of a bitch to a much “younger” level.

And lest we forget rock ‘n roll’s contribution to bitch-dom, there was “Runaround Sue,” immortalized in the early Sixties by Dion.  (Okay… yes—I’m dating myself).

But my favorite bitch is Scarlett O’Hara. Conniving and deceitful, Scarlett is a woman who never loses sight of what she wants and never gives up. Margaret Mitchell throws everything she’s got at Scarlett, including the Civil War. But Scarlett perseveres. And though Rhett leaves her at the end, we know that somehow, some way, Scarlett is going to win him back.

In fact, Scarlett, more than the others above, is a bitch with whom you can identify. And empathize. At least I can, because even when her motives are dishonorable, she accomplishes good things. She takes care of Melanie, she rebuilds Tara, she grows the sawmill business, she dotes on Bonnie. It’s a little like ALL THE KINGS MEN (Another wonderful Southern novel, btw) in which Willy Stark, a scheming Machiavellian politician, still achieves good things for the people. For me Scarlett is almost a bitch by default—she just can’t control her impulses.

Now, I don’t want to leave you with the wrong impression. Most women in literature are not bitches, and I want to give a shout-out to a debut novel that’s Southern, all about women, with not a bitch in the lot. Well, mostly. In fact, Saving Ceecee Honeycutt is one of the most life-affirming, delightful reads I’ve had the pleasure of losing myself in since The Help.  It was written by Beth Hoffman, and the best news is that her second novel, Looking for Me, just came out. I highly recommend you read her! You won’t regret it.