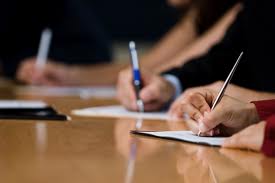 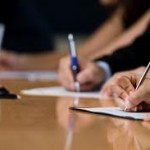 I’ve been in a writing group for 16 years. I joined way before I was published, and they deserve most of the credit for the fact that I did get published. It was in my group that I learned most of the craft of writing crime fiction as well as what works and what doesn’t. And while there are certainly times I haven’t brought my best thinking to the group, it has become a good way for me to ‘give’ back to other members in the group.

Why? You see, most of the members in our group have had exceptional success. After being with us for several years, over 75% have inked publishing deals on their own. Of course, some leave the group after they publish their first book, but others stick around for decades. I can say this: If you stick with us, you probably will get published.

Still, a writing group isn’t for everyone. How do you decide whether or not to join an existing writing group or even form your own? The most important question to ask yourself honestly is whether you can take constructive criticism.

If you have a chip on your shoulder, or you think your prose is perfect, don’t join a group. It won’t go well. The following is a true story. When I first joined the group, It became quickly evident how little I really knew about the craft of fiction writing.

Our group works like this: everyone brings 8-10 double spaced pages, usually sequential, and we read them to the rest of the group. Everyone takes turns reading, and while one writer is reading, the rest of us take notes.

I’ll explain later why we read out loud. Anyway, after I finished reading my pages, the group started in on me. EVERYONE had something critical to say, and usually two or three different somethings. When they were finally finished and I’d finished furiously noting down everything they said, I thumbed through my pages and said, “I don’t think you guys missed a single line.”

Sensitive types might find that daunting or upsetting. Others might find criticism makes them angry. But I loved it. How often do you get personalized critique? The group members took the time and effort to listen and comment in fine detail. Weeks of the same process eventually helped make me a better writer.  I learned point of view, why to delete adverbs, the way to transition between chapters, the basics of police procedure, and much, much more.

On the other hand, when, two years later, after three unpublished novels, I finally discovered Ellie Foreman and brought in the first chapter of what would become AN EYE FOR MURDER, there was absolute silence after I finished reading. I was sure I’d done something wrong. This was it, I was thinking. They’re going to kick me out. Instead, as I looked around, the woman who’d been hardest on me, said, “That was amazing. You found your voice.” Her comment is still the most flattering thing anyone has ever said to me about my writing.

So, in the spirit of all of us becoming better writers, here’s what our group does, and why.  As long as you can take the rough with the smooth, I think these guidelines will provide the foundation for a long-lived strong writing group.

1. Create a good mix of writers but in the same genre

A mix of men, women, different ages and occupations works best. But, and this is important, all the writers in a group should be in the same or similar genre.

Why? First, a mix of different types of people means you will get a variety of opinions, which is more useful than one-dimensional criticism from a bunch of people who all think the same way. We have a criminal defense lawyer in our group who lets us know when we get court procedure wrong. We also have a former priest, a police officer, an environmental lawyer, and a former bus driver.

Second, while I continue to think crime fiction is one of the most flexible, and interesting genres around, there are conventions in a mystery or a thriller that are unique to the genre. Mixing science fiction and horror in would muddy the waters a bit— their conventions are slightly different. And romance? Well, that would change the dynamics even more. So I recommend you stick to the mystery, crime, and thriller genres for your group.

Reading aloud brings a story dramatically to life. It helps you spot areas that don’t flow as well as others, and it helps identify inconsistencies—there’s no place to hide. Plus, there should be a built-in rhythm that surfaces when you read aloud that you might miss if you’re reading on the page. If it’s not there, you need to tend to your prose. For example, run-on sentences are clearly “outted” when you read aloud. If you can’t finish a sentence in one breath, it’s too long.

Finally, reading from fresh material means the listener experiences them for the first time, and can react honestly without any preconceptions. In other words, you benefit from people’s gut feelings.

3. The basis of critiquing should be “What Stopped Me…”

Often when you start out in a group, you know something someone reads is wrong, but you don’t know why. That’s okay. Usually someone in the group will know why, but if no one does, it doesn’t matter. We just know that it stopped the reader. And that is an  excellent starting point. Any time a reader is taken out of the story, whether it’s due to purple prose, point of view mistakes, or run on sentences, the writer needs to know that. If not, the writer may lose the reader permanently.

So we tell our members, just say “A and B stopped me.” If you know why, great. If not, it’s still a valuable tool.

Btw, if more than one member of the group calls attention to the same thing by saying “I have that too” or “that was what I was going to say”, it’s a pretty good indication the writer SHOULD revise that passage.

4. The person being critiqued should NOT defend themselves

You’re not in a group to defend your writing. You’re in the group to improve it. So becoming defensive or trying to convince other members why the passage was there or why it should remain isn’t going to help your writing. It’s only going to produce tension and stress. As the person being critiqued, you are totally free NOT to take other members’ advice. It’s your book. But listen to what they are telling you. They’re not trying to sabotage you. They’re trying to nurture you. They may not express themselves as nicely as you want, but arguing just isn’t productive. Sometimes a writer in our group will say “Thanks. I’ll take it under advisement.” That usually means they don’t want to change the passage. OK. As we say, it’s your book.

5. Park your prejudices at the door

You need an open mind. You might not like female detectives, hate too much violence and gore or dislike it when people write in the first person. You might love legal thrillers or hate serial killers. But you are not there to express your personal prejudices, you’re there to help other writers become the best they can. In fact, if your writing group is working as it should, everyone will feel safe to put forward their ideas and opinions without being shot down, or shooting the author down in flames.

Do you belong to a writing group?

Are you in a writing group? If so, what is your most important tip for success? And how do you find the experience?