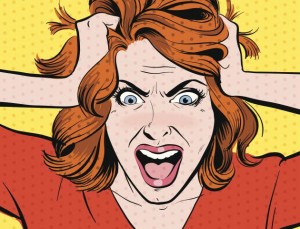 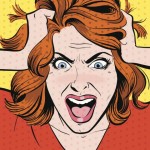 Imagine a writer, okay – me — sitting with my feet up, happily tapping on my keyboard, writing 1500 words a day. Nice idea, right? But that’s all it is. An idea. The reality is I am usually sweating it out, getting up from the keyboard, cursing, and maybe—if it’s a good day— sitting back down to try to squeeze out a few hundred words.

Writing crime fiction is the most difficult thing I’ve ever done. I’m sure being an airline pilot or Polar explorer would have been easier. Writing wrings it out of me. And then, like a true masochist, I go back for more. But some parts of writing are worse than others. Here are the five things I hate most about writing crime fiction.

I hate writing first drafts. Coming down to a blank computer screen in the morning fills me with terror — I always feel unequal to the task. I used to try and trick myself by writing down phrases, adjectives, or whatever else came to mind on tiny slips of paper during non-writing time. Having a bunch of those to start my writing day made me feel more prepared. After a while, though, I stopped doing that. Now, the only solace for that shitty first draft, popularized by Anne Lamott in her wonderful book on writing Bird by Bird is this:

“All good writers write them. This is how they end up with good second drafts and terrific third drafts. People tend to look at successful writers who are getting their books published and maybe even doing well financially and think that they sit down at their desks every morning feeling like a million dollars, feeling great about who they are and how much talent they have and what a great story they have to tell; that they take in a few deep breaths, push back their sleeves, roll their necks a few times to get all the cricks out, and dive in, typing fully formed passages as fast as a court reporter. But this is just the fantasy of the uninitiated.”

I can guarantee that most of my drafts are… well, shitty. And even though I know it’s part of being an author, it still drives me nuts. I’d love to turn out perfect prose, one sentence after another without breaking a sweat. Nope. Not gonna happen. On my better days, I take Annie Lamott’s advice to heart and try to embrace my shitty first draft. On other days, well you might say I live in the sewer.

It’s so tempting to spice things up. Unusual methods of murder, like exotic poisons, or icicles that melt leaving no evidence, are always in vogue. However, my approach is different: it doesn’t really matter how the death occurred. I typically just shoot or stab my victims. Once in a while I use poison. The rest of it is, to me at least, a fundamental misunderstanding of what a crime novel is. The most important things are the characters and their motivations for killing someone. Plus a plot that isn’t derivative. And a three-dimensional, interesting protagonist. The rest of it is just window-dressing.

I hate making mistakes, either in police procedure or handling a gun or even historical research. Yet, no matter how much research I do, interviews I conduct, or articles I read, there is bound to be something that slips through the cracks and ends up in print. And you can bet someone out there is just waiting to let the world know I got it wrong.

Writing myself into a corner

I write backstories to flesh out my characters. But I don’t outline a plot, so occasionally I’ll be writing a character or situation that forces them into a box that they can’t get out of. It’s almost like they have a life of their own sometimes, and for some reason I haven’t listened to them and made them do something, that if left to their own devices, they would never do. It takes me forever to figure out where things went wrong and then revise so my characters are behaving in an authentic and credible way.

You’d have to be made of steel not to wilt when you read a bad review. It doesn’t matter if thousands of people loved your book, the one who didn’t – and they’re usually vocal about it – is the one I remember.

Like shitty first drafts, it’s something I’m trying get used to, and my skin is getting thicker every time I publish a new book. Perversely, recent news reports revealing how at least 25% of online reviews are made up, or written by sock puppets, makes it easier to ignore the occasional nasty one.

What do you hate about your job?

If you’re a writer I’d love to know what you hate most about writing. If not, it’d be interesting to know what drives you most nuts about your job. Leave a comment.