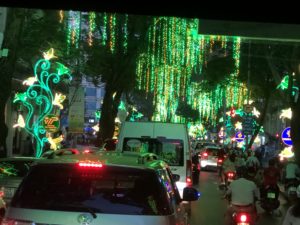 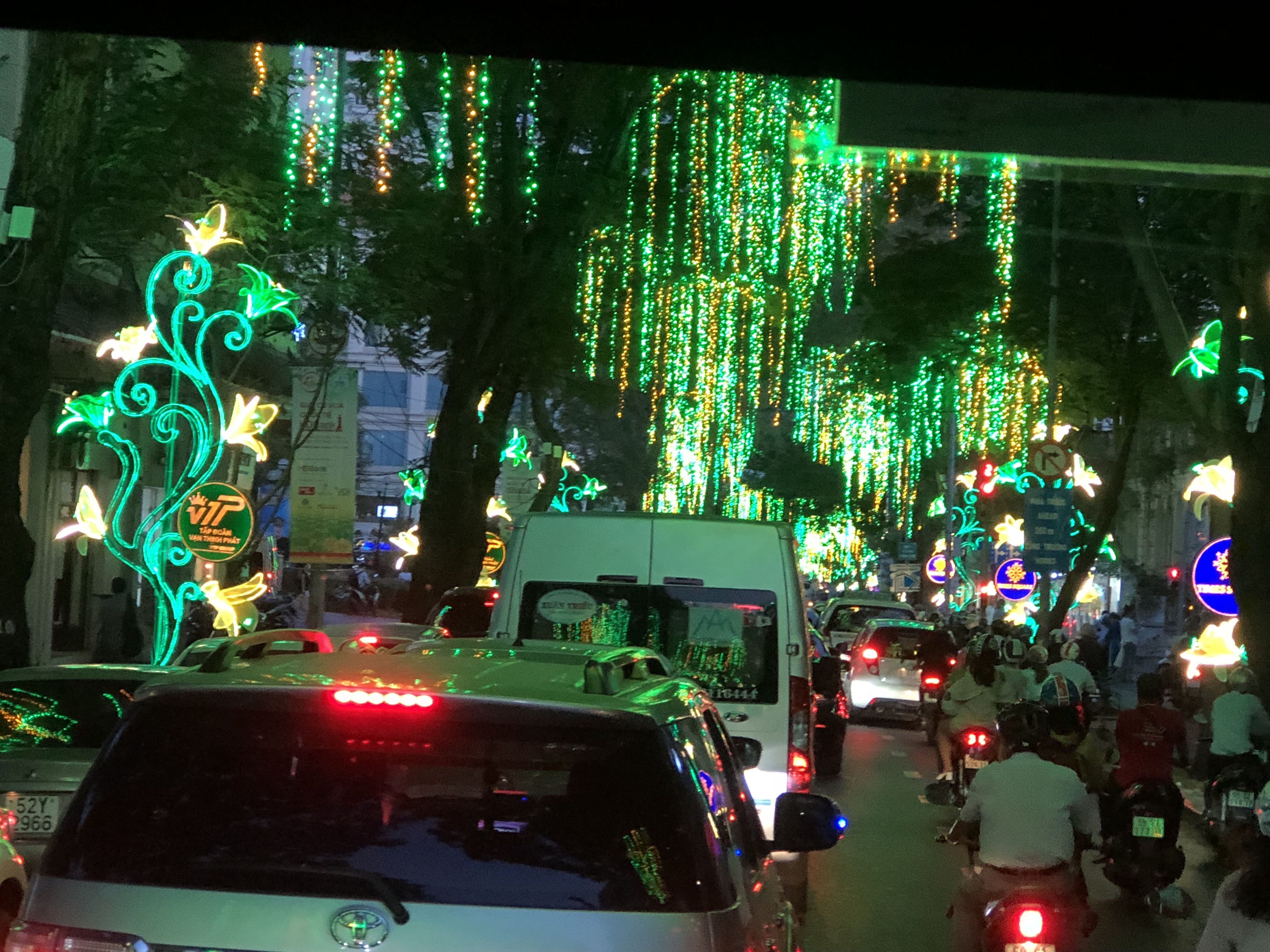 Compared to Hanoi, Saigon aka Ho Chi Minh City (I was surprised how many people still call it Saigon) is Vegas, baby! The lights, the crowds, the motor scooters, the young people all trying to go for the gold ring, was energizing and, sometimes, quite amazing.

For example, the 5 star hotel we stayed at, The Reverie, which I learned was built by a Chinese investor and his Vietnamese wife, was in the heart of downtown Saigon and clearly over the top. We were met at the entrance with a Chihuly on the ceiling (I kid you not), and that was just the beginning. Here’s the ceiling and the Italian marbled entrance to the elevators on the ground level. 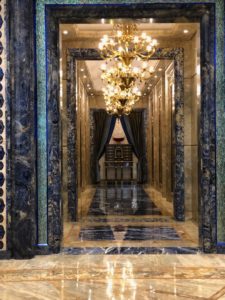 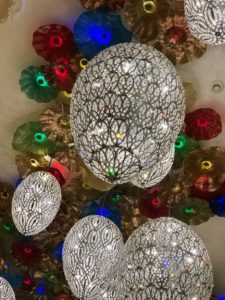 We were so astonished at the sheer luxury of the place that Angela conducted a short tour on her phone. Take a look.

The next morning we walked past City Hall (notice the French influence), past the famous Continental Hotel where all the American journalists stayed during the war, to the Railroad Station, itself an architectural beauty.


Along the way, a confident little boy captured my heart. 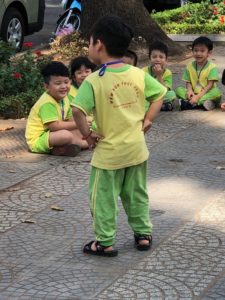 Also along the way is a view of the former CIA station in Saigon. When South Vietnam fell, a helicopter landed on the roof and the few intelligence people still there flew out. 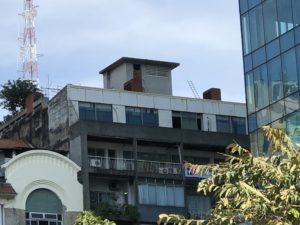 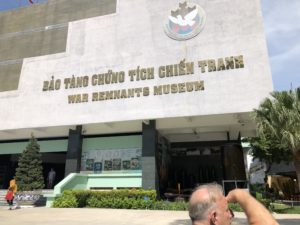 Next was a visit to the Vietnamese War Remnants Museum, which was sobering and somber. And, as you can imagine, not kind to the US. I took a lot of pictures, but I’ll save them for another time. Or not.

A quick drink at the Rex Bar, another watering hole for journalists during the war, was more pleasant. Gail and Leslie Rose joined, friends on the tour, joined us. 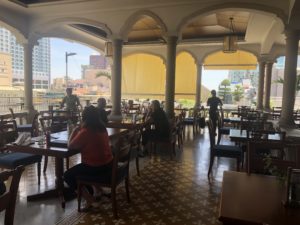 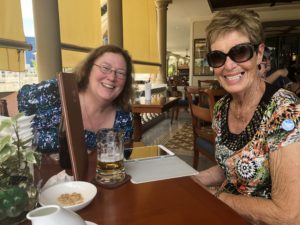 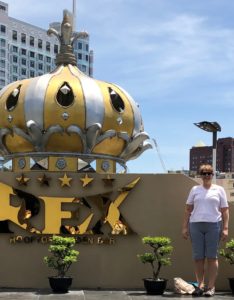