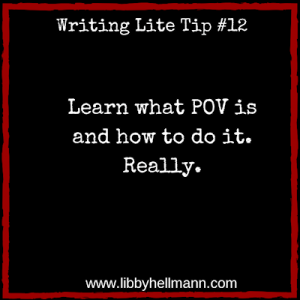 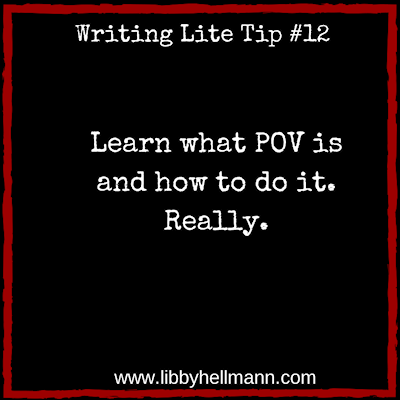 POV is sometimes called “head-hopping,” and it’s probably the most common mistake new writers make. It means you can only be in one person’s head during a scene.

Sometimes that means just a subtle difference, but it’s important.If you do it incorrectly too many times, it will stop a reader and take them out of the story. That’s not good.

She sounded sad. He wondered what was wrong.

Lila wanted to tell him he was what was  wrong. But she couldn’t.

She sounded sad. He wondered what was wrong.

There was silence on the other end of the phone.

If you need to include Lila’s thoughts, make the next scene from her POV.