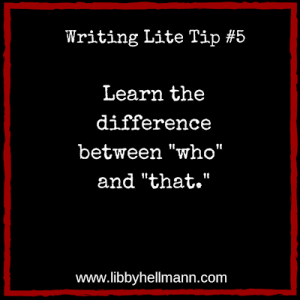 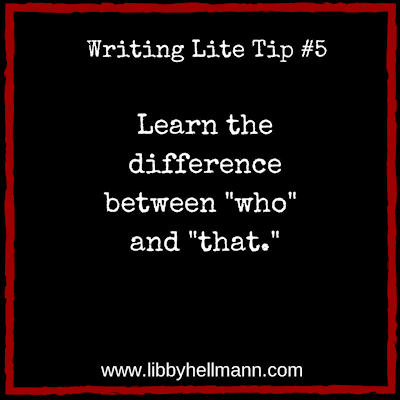 A common mistake writers make is this:

“I was afraid of the man that held a gun in his hand.”

“Who,” “which,” and “whose” refer to people; “that” refers to objects. They are all relative pronouns that introduce a subordinate clause.

The tricky part is when you’re using the words “group” or “couple” or “crowd.” You are referring to people, but the words are themselves objects. Technically, you should use “that” afterwards, but there are times when “who” really does sound more appropriate.