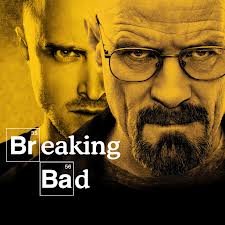 “The holidays are coming.”

If that thought fills you with dread, don’t despair. I have a solution: BingeWatch through them! Many of you already know the term, but for those who don’t, it’s the newest way to watch shows on Netflix, Amazon, OnDemand, or even DVDs—all at once or over a couple of days. Thus, binging. And now with the explosion of tablets, smart phones, and other electronic gadgets large and small, it’s easier than ever.

I first discovered bingewatching when “24” and “Weeds” were all the rage, and I haven’t stopped since. Really. What could be better than passing the time with a bunch of movies, shows, or TV series you can start on whatever screen is handy? No more passing the time trying to chat up Aunt Mildred or the brother-in-law who drives you up the wall. No more stress trying to keep Johnny away from Kevin, or Kevin away from the candy.

Best of all, no more “It’s A Wonderful Life” or “Miracle on 34th Street.” The shows below have bite. At least most of them. Some are about the holidays, in case you want to plug into the zeitgeist of the season. Others are about families— the nuclear as well as the “extended” kind. And others are some of my all-time favorites.

So, when the time comes, just gather everyone around your tablet, laptop, iPhone, or TV and bingewatch your way through the holidays.

Everyone’s been talking about the end of BREAKING BAD (AMC) and the third season of HOMELAND (Showtime), so if you haven’t discovered these shows yet, you can buy or rent the first few seasons on Amazon or Netflix. Your library might have them too. I wasn’t a BREAKING BAD fan, but they say the finale broke a record for the most people watching TV. Ever. As you may know, the show is about a high school chemistry teacher with terminal lung cancer who turns into a meth dealer and monstrous criminal. And there are a whole lot of people who loved the show.

I prefer HOMELAND, not because I’m an espionage fan (which I am), but because, at its heart, it’s a story about star-crossed lovers. And trust. And also because Claire Danes, Damien Lewis, and Mandy Patinkin are just about the best actors on the small screen these days. Together, they deliver addictive yet credible performances. From week to week I’m never sure what will happen, but unlike some shows, HOMELAND never spins something out just because they can. If an event is going to happen, it usually happens right away. Season 1 and 2 are on Amazon, Netflix, and most likely your library. Season 3 is on the air now. In fact, I’m such an addict that I buy Showtime for three months every year just to watch the show Sunday nights.

Over the past year Netflix has debuted a couple of original series that have turned out to be must-sees. “ORANGE” is loosely based on the memoirs of Piper Kerman, a Smith College alumna who ran drugs for her girlfriend, was arrested, convicted, and sent to a women’s prison in Danbury Connecticut for fifteen months.  Most of it takes place in prison, and the ensemble cast, including Piper, her girlfriend, and various other imprisoned women, is remarkable. So is the writing and dialogue. Although the show is more dramatic than the book, it was still on the edge of believability, and after the first few episodes, I was hooked. I highly recommend this series, and I recommend you bingewatch it.  Btw, the producer, Jenji Kohan may be familiar to you: she produced WEEDS. Season two of ORANGE, btw, is in production.

Based on the British series of the same name, HOC stars Kevin Spacey, Robin Wright, and Kate Mara, the sister of Rooney  (she of the Lizbeth Salander movie fame). It’s set in Washington DC (my hometown, as it happens), and it’s a political series. Kevin Spacey is the leader in the House of Representatives, his wife is a clean water advocate, and there are a number of other characters that do a fabulous job. I do have to admit the opening of the show includes shots of DC I don’t recognize—they’re bleak, noir, and anything but noble—and the story line is what you’d expect from politicians who are used to wheeling and dealing away their principles. What makes the show special, though, are the actors. Spacey captures the Southern fried politician all his desultory glory. He even goes to a restaurant where the owner cooks up a slab of ribs for him whenever he wants. His wife is the perfect political wife: a blond queen with a heart of ice. If you like ribs, dirty politics, and double dealing, you’ll love HOUSE OF CARDS, even you feel like taking a shower afterwards.

If you’re a fan of British crime shows (and who isn’t) you’ll like LUTHER, starring the incredibly gorgeous Idris Elba, who also was featured in THE WIRE. Luther is a British detective who continually confronts the thin line between police and criminals. That’s the hook and the appeal of the series. Luther is a good detective, but he deals with the dark side of human behavior, and sometimes finds it difficult to separate lawful from unlawful. A complex, moody guy (aren’t the best ones that way?), Luther is unpredictable in his actions, choice of women, and relationships with other characters on the show. One of those characters, a psychotic murderer who also manages to be quite appealing (I know, sounds like a paradox) has captured the hearts of many viewers’ and plays a pivotal role in the series. There were two seasons, plus four additional episodes in Season 3. They’re on DVDs, BBC America, Amazon, and other video venues. Just Google “LUTHER.”

PRISONERS OF WAR is the Israeli series that HOMELAND was based on, but they are very different shows. POW is quieter, and more character-driven than HOMELAND. The show follows the re-entry to society of three Israeli soldiers who were held prisoner by Arab terrorists for 17 years. In moments as small as how to use a cell phon or as dramatic as reuniting with a former lover, POW alternately breaks your heart or makes you smile. It was recorded in Hebrew with English subtitles, but you almost don’t need them when you pay attention to the actors’ expressions. I cried and laughed my way through the first two seasons, which are free on HULU. They’re producing a third season now.

But what to do if your schedule only allows you a day or even part of a day with family? Never fear… here are some “one-offs” you and your family may enjoy.

This is one of my all-time favorite holiday movies. Hugh Grant, Keira Knightly, Bill Nighy, Emma Thompson, Alan Rickman, and a host of other talented actors romp through a series of vignettes about love, lost love, and love that can never be. Parts of it are gooey and sugary, but other parts are bittersweet. Hugh Grant does a wonderful pants-off dance impersonation of Tom Cruise, and the conclusion, featuring the famous Beach Boys song, is unforgettable. You can rent it for $2.99 from Amazon and other places.

Two of my all time favorite family films are the Godfather and Godfather Part 2. Even though I’ve seen both many times (as you probably have as well), and are sprawling stories full of “family” issues, they always seem fresh. In fact, they’re  perfect for that post-turkey dinner stupor. You can rent each on Amazon for $2.99, although I’m sure you can get them at the library as well.

AND NOW MY LOVE

For the hopelessly romantic, AND NOW MY LIFE veers into family film territory. It’s almost forty years old, but it’s a sweet, timeless story about a man and woman (Marthe Keller looking fabulous) who don’t meet until last minute of the film. Still, you know by what’s come before that they are destined to be together. The film is directed by French director Claude LeLouche, who also made A MAN AND A WOMAN, which swept the world by storm (well, yeah, that was a long time ago as well).

Finally, for those of you who don’t like the above suggestions, the always reliable CASABLANCA is free on Amazon if you have a prime membership.

Hope these will help you and your family enjoy Thanksgiving and beyond.