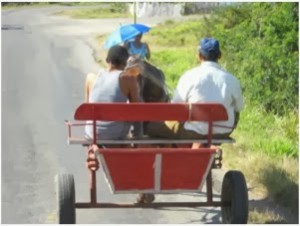 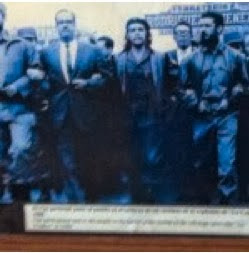 With Cuba in the news today, I’m struck by how little Americans really know about the island. Pretty much all the information over the past 60 years has been filtered through the lens of the Cuban-American exile community, who, although they’re dying out, are still bitter and don’t have a kind word to say about Cuba or Fidel Castro.

Btw, just to set the record straight, I’m not here to defend Fidel or what he’s done. He decimated the middle class that had been thriving in the 1950’s. And he turned out to be just as cruel and dictatorial and territorial as Fulgencio Batista, his predecessor. In fact, there are persistent rumors that Castro was responsible for the death of both his revolutionary comrades Camilo Cienfuegos and Che Guevara. It wouldn’t surprise me if the rumors were true.

What does surprise me, though, is how little Americans know about Cuba’s “Special Period” in the 1990’s. It was so dire that I wonder why the exile community didn’t jump on it for propaganda purposes. Or the pretext for another invasion attempt. But apparently, they didn’t, so the Special Period remains the depression nobody knows about.

A little history here: you probably remember the collapse of Berlin wall in 1989. That was followed by the dissolution of the USSR in 1991. What you might not know, however, was the impact on Cuba. In a word, it was catastrophic. Cuba sank into a depression so severe it makes our “Great Recession” look like a walk in the park.

The reason? Cuba had been one of the Soviet Union’s largest trading partners, 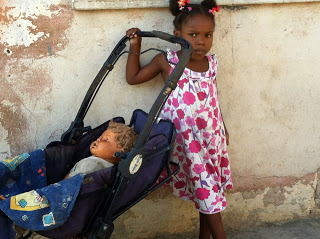 and when it collapsed, so did Cuba’s economy. They lost 90% of their petroleum imports, including oil, gasoline, diesel, fertilizers, and insecticides. With no fuel to power cars, buses, and tractors, the Cuban transportation system collapsed. So did their agriculture and farming. There were severe food shortages, and the average Cuban lost twenty pounds. Industry slowed to a crawl, and Cubans had to do without many consumer goods, including medicines. Eventually, even Fidel had to acknowledge the truth, and, in a move worthy of Joseph Goebbels, labeled it the “Special Period.”  (I describe much more about the Special Period and its impact in Part Two of Havana Lost.) 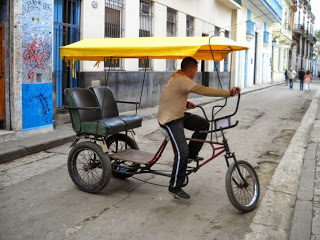 Cuba has clawed its way out of the harshest parts of the Special Period by adopting organic farming methods, using bicycles and horses as the primary mode of transportation, and bartering goods and services. But there is still desperate poverty.

Outside Havana you see fields being plowed by oxen, people driving horse-drawn wagons, and thatched huts huddled together on muddy roads. Even in Havana, you see people on the streets charging a few Cucs (Cuban currency) to have their photos taken with tourists. 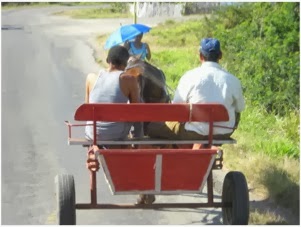 And in Havana neighborhoods like Regla and Lawton, you see abandoned factories, dilapidated buildings, and a total absence of commerce.

The government is trying to boost the economy; over the past two decades they’ve amped up tourism, and it has become the number one industry in Cuba—for everyone except Americans. And recently Raoul, Fidel’s brother, has loosened restrictions on buying and selling cars, property, and small businesses. Unfortunately, those businesses are still heavily taxed, and most of the investment cash for those activities is reportedly coming from Cuban- American relatives. 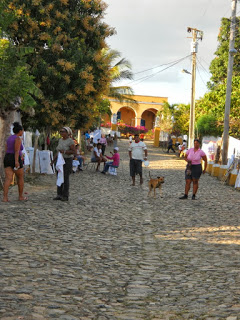 It’s hard to admit this, but Cuba’s economy was more stable back in the 1950’s when the Mafia ran Cuba. I’m certainly not advocating for a return to that era, and I’m wary of what’s going to happen when the US finally does reinvest in Cuba, which we all know is coming. (I’m gritting my teeth at the prospect of the first McDonalds opening in Havana).  The last thing Cuba needs is another super-power or its trying to exploit whatever resources Cuba still has.

At the same time, though, the Cuban people have been in a time warp. They need investments,  infrastructure, telecommunications, and industry. And I think Obama is on the right track. The right kind of investment in a country 90 miles from us might yield more tangible benefits than military action in the Middle East, don’t you think?