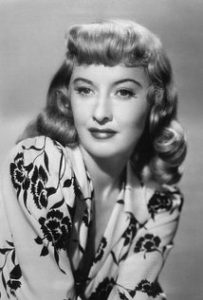 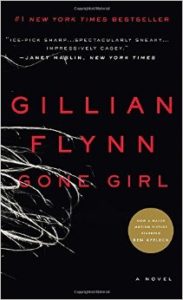 It started with GONE GIRL by Gilliam Flynn. The book took a while to take off, but when it did, it flew to the top of the bestseller charts and stayed there over a year. It also launched a new subgenre of crime fiction, which began to be called “Domestic Noir.” Btw, I hate that term. Not the book – I loved GONE GIRL. What I hate is the name of the subgenre. Because the trend is not really “cozies gone crazy;” the accurate way to describe GONE GIRL is that it features two unreliable narrators.

An unreliable narrator is someone whose credibility has been seriously compromised, a term that first arose in 1961 in literary critic Wayne C. Booth’s book, The Rhetoric of Fiction. It’s a valuable tool for writers, who can either make that unreliability obvious from the start, reveal it gradually or use it as a major plot twist in some other way. The character might be unreliable because they’re crazy, lying, deluded, all sorts of reasons. Whatever the reason, it’s supposed to lend a thrilling extra edge to a plot.

And it did. With both Perfect Amy and her husband telling us their story from their own point of view, we get a skewed picture of their marriage, and it’s left to us to put the pieces together. Moreover, what one reader might conclude from the story may have been quite different from another reader’s. In that sense, GONE GIRL was truly remarkable.

After its meteoric success I suppose we should have expected copy-cat stories— publishers are always looking for the next bright shiny object—and we got unreliable narrators in spades. First there was The Girl On The Train, which brashly compared itself to GONE GIRL and was very successful because of it (although the movie based on it was almost unwatchable) We’ve also seen a flurry of novels with the word “Girl” in the title. The Girl Who Chased The Moon. Girl at War. The Good Girl. Luckiest Girl Alive. The Girls. Razor Girl. Brown Girl Dreaming. In fact, Canadian novelist Emily St John Mandel looked into the growing trend and found that almost 1% of ALL fiction published in 2016 had ‘girl’ or ‘girls’ in the title.

Call me picky, but the ‘girls’ in these books are mostly women. Not girls. And that in itself is disturbing. The unreliable narrator, a grown woman, is reduced to girl-size by her creators, many of whom are female themselves. Of course, men write ‘girl’ books, too. But in their case, also noted by Emily St John Mandel, more of those end up dead.

The best of the ‘girl’ novels feature a narrator whose unreliability is fascinating, believable, human, potent. In the worst, the women’s unreliability can be as shallow as having bad hair and bitten fingernails. Flynn’s Amy appears strong, definite, albeit a psychopath, which made her compelling. But many of her unreliable sisters in other ‘girl’ books are not.

Then there’s the timing of the whole domestic noir thing. Is it more than coincidence that in our post-truth world, some people are promoting the idea that women are second class citizens, not worthy of respect, mere feeble sex objects? Or is it just the way the publishing cookie happens to crumble?

Many of the women in these domestic noir novels are far from strong, far from independent, far from free-thinking. They are frequently weak, confused, overly dependent on men, unable to see the wood for the trees, trapped, about as far from strong female villains as it gets. Paula Hawkins’ Rachel Watson is pathetic, damaged, passive, easily fooled, and lacks confidence, a drip. She’s no heroine. We have spent years vilifying female villains in novels, but at least they had some oomph, some power, some influence, some strength. They were “femme fatales.” But domestic noir vilify seems to portray females differently. We seem to have replaced the femme fatale with contemporary female protagonists that are helpless, less influential.

Journalist Eva Wiseman has a different take on the ‘girl’ thing. As she says in a column in the UK’s Guardian she believes one thing these novels share is that they “seemed initially to use the suggestion of a sweet and vulnerable object to titillate… But the more I read … the more I understood why… The girl is a “girl” not because she’s weak, but because she is on the verge of changing into something else. She’s not simply a victim, or a wife. She will be asking questions of her place in the world.”

If that’s the case, I wish they would all change fast. I want a strong, courageous female character. She may be evil, she may be dangerous, but I want her reliably so. Like Barbara Stanwyck in Double Indemnity.