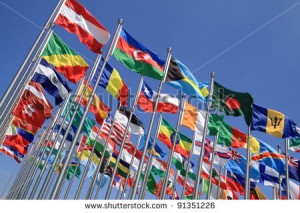 One of the most exciting opportunities in our brave new world of indie publishing is foreign translations. At least to me. When I was traditionally published, only the top best-selling crime fiction was translated, and it was often a NY Times listed book. I didn’t sell well enough to make the cut, and I envied my more successful colleagues who, of course, liked to drop the fact that their work had been translated into 6 or 12 or 26 languages.

What I didn’t realize back then was that bragging rights might have been the most tangible benefit of the process. It was one thing if an author’s publisher made the deal—an author had some assurance that the bookkeeping would be more or less accurate. But if the contract was negotiated by an agent, the process could take years and might yield an uncertain outcome. Your agent had to contact or respond to an agent in the overseas country. Then that sub-agent had to find a publisher willing to translate, edit, publish, and distribute the book. Finally, there was no guarantee that the accounting by the foreign publisher and/or agent would be correct.

With indie publishing, a lot of that has changed, and an author can do foreign translations herself. First off, I need to thank Kris Rusch, with whom I exchanged emails about 4-5 years ago about translations. She gave me the shot of confidence I needed to try. Btw, over the past few years, the process has grown even easier.

So, this is going to be a two-part blog. Part 1 is the “backstory” of the translations I’ve done and how they came about. Part 2 will be a how-to for you, including marketing. 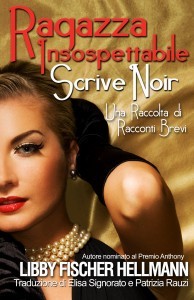 My first foreign translation was serendipitous. I was approached by an Italian graduate student studying English who wanted to translate Nice Girl Does Noir (My short story collection) into Italian for her thesis. So began a process that ultimately took about two years. She translated six of the stories first, and then did the rest. Her thesis advisor edited them. I published them, both separately and then as a collection. They’ve been available in print as well as ebook, and they’re just starting to sell well. (More on the financial investment vs the return in Part 2). 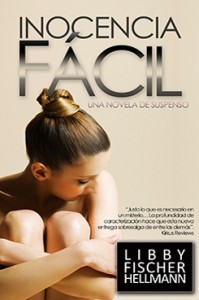 Buoyed by the relative ease of the Italian translation, I decided to translate Easy Innocence into Spanish. If had to do it again, I probably would have chosen German, because it’s a more mature market, but I had no connections to German translators and of all the translations to do, German is the most expensive. Best-selling Paranormal Romance author Tina Folsom was kind enough to refer me to her Spanish translator and editor, and I hired them.

This is where the uncertainly comes in. Even with two fluent Spanish-speakers’ eyes on the manuscript, there were some errors in syntax, colloquialisms, even grammar. But not knowing what they were, I couldn’t fix them. (More on that in Part 2).

As for sales, to be honest, the print version has not done all that well. But… I subcontracted with a Miami production company for an audiobook in Spanish, and they did a spectacular job. In fact, the audio has done far better than print version, which I understand is common in the Spanish market.

Remember how I said the process has become easier? 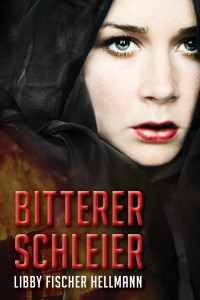 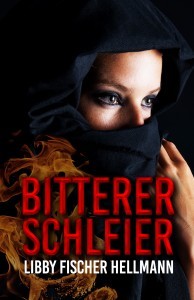 Well, there’s now a website called PubMatch that facilitates foreign translations of all kinds in a kind of clearinghouse set-up. I listed a few of my titles, and about a year later, was contacted by a German freelance writer. He had done a lot of corporate/business translations but wanted to start translating fiction. As I mentioned, German translations are quite expensive, but since this was his first novel, we were able to negotiate a deal to translate A Bitter Veil. I hired Tina Folsom’s German editor, and a few months later, I had a German translation. I decided to try something a little different in distributing this version. I used Amazon Select for a few months, Createspace, and Epubli, a German e-tailer. This time the results have been more robust. (I’ll report on them in Part 2). 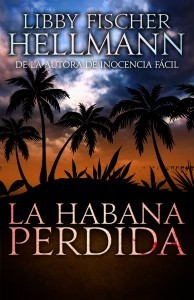 My 2013 Cuban mafia thriller, Havana Lost, was a natural for a Spanish translation, and I’m just now having the translation proof-read by a third editor (More on that later). But the cover is done, and as soon as the proofing is done, it will go up. I’ll also begin producing an audiobook with the same production house that did Inocencia Fácil.

Finally, and who would believe it, three of my titles are being translated into Chinese! This came about through Fiberread, a new organization that seems to be legit and… this is the best part… requires no upfront costs to the author. Instead, if they select your title, you split royalties with the translators and the organization itself. Because China is such a potentially lucrative market, and because the deal was so tantalizing, I went for broke and gave them An Eye For Murder, Easy Innocence, and Havana Lost. So far, so good. The translators contact me every time they have questions, and I’ve enjoyed chatting with them. They’re almost finished with Eye and Easy Innocence, so I hope to see them up in the next few months.

So, there you have it. Some things to keep in mind, which I’ll talk more about in Part 2:

— I am NOT making a lot of money on these translations. They haven’t even paid for themselves, although Bitterer Schleier probably will in 6 months. They are long-term investments which I chose to make, knowing they were a risk.

— It does take a long time

— There is a method to the madness of traditional publishing. They (and Amazon Crossing) choose translations based on domestic sales, the foreign market’s potential, and the upfront investment required. As an indie author, we have to learn to make the same choices. I’ve been lucky with some, not so much with others.

But it sure has been fun.

Part 2 will be coming next week.