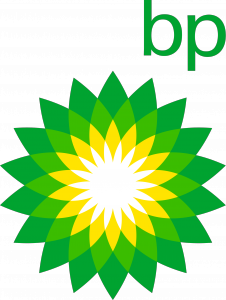 Just read today’s Progress Report from Think Progress and am trying not to be cynical. For those who wonder why, here’s what they are reporting:

Yesterday, Oil Giant BP announced that it is cutting ties with ALEC, the conservative free-market lobbying group that has been largely funded by the Koch brothers. ALEC, or the American Legislative Exchange Council, connects corporations with state legislators and drafts model legislation to push a conservative agenda in the states.

BP is the latest in a long line of corporations that have severed ties with ALEC. In 2012, dozens of companies, including household names such as Coca-Cola, Kraft, Walmart, Amazon, Johnson & Johnson, and MillerCoors, cut ties with ALEC in the wake of the group’s support for voter ID and “Stand Your Ground” gun laws.

More recently, Google ended its relationship with ALEC after Chairman Eric Schmidt accused ALEC of “just literally lying” about climate change, later noting it was a “mistake” to fund the organization. While ALEC has insisted that it accepts the science behind climate change, its model legislation suggests otherwise – there’s even a bill that says climate change could be beneficial for our planet.

The group is also behind model legislation to undo successful renewable energy policies in the states and has condemned the Environmental Protection’s Agency’s plan to cut carbon pollution. As it became increasingly unpopular for companies to be associated with climate denial, Yahoo, Facebook, and Yelp also abandoned the group. BP is the third—and largest—oil company to sever ties with ALEC; Occidental Petroleum left the council a few months ago, about a year after ConocoPhillips did the same.

While BP did not note if it broke ties specifically over the group’s views on climate change, as the largest fossil fuel company to exit the council, their departure is symbolic. It’s one thing for tech companies to drop the conservative lobbying group, but it is much more significant for an oil giant, who could stand to benefit from ALEC’s anti-climate agenda, to do the same.

BOTTOM LINE: Climate change is happening and humans are causing it. BP’s decision to end its relationship with ALEC sends a strong message that being on the wrong side of science has serious consequences.