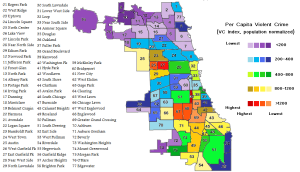 There’s something about Chicago-based authors. Darkness is part of the scenery. Take the brilliant Chicago resident Gillian Flynn, whose super-dark thrillers have spooked millions of readers all over the world. Or the legendary Silver Dagger award winner Scott Turow.

Goodreads reports an impressive 136 thrillers set in Chicago with works by myself, Hugh Holton, Andrew M. Greely, Sara Paretsky, Sharon Fiffer, Marcus Sakey, and Joe Gash, to name a few. So what is it about Chicago that inspires so many dark tales, horrific heroes, and heinous plots?

Some say it’s the violence and crime. Some say the institutionalized corruption. In an earlier essay, I thought it was the contrast between the light and dark:

Chicago is an inherent paradox: all bluster, business, even bombast on the surface; underneath, though, it’s a place where darkness creeps in around the edges. June may be busting out all over Chicago during the day, but you don’t want to be in the wrong place on a cool June night. Even during Chicago’s fleeting midsummer, there’s an uneasy recognition that as the days get shorter and the nights blacker, the dark can swallow you whole.

Maybe it is something in the air. But a lot of it has to do with the neighborhoods. If anything is going to drive the city’s stable of writers, many with imaginations as dark as it comes, it’s the schizoid nature of our neighborhoods.

Chicago itself is huge… with 2.7 million residents, it is the most populous city in Illinois and the Midwest, all 237 square miles of it. And the metropolitan area, Chicagoland, is home to nearly 10 million of us.  There are more than 100 neighborhoods within the city, and that doesn’t include any of the suburbs.

The point is that each neighborhood has its own personality, its own favorite spots and sites, its own food and customs… call it its own micro-culture. And that culture defines the area for everybody. My daughter has lived in Lakeview, Logan Square, Wrigleyville, and now Lincoln Square. Before I moved to the suburbs, I lived in Near North. I wanted to live in Lincoln Park but couldn’t afford it, so I moved one neighborhood north to Lakeview, originally called Bethania, then New Town. To Chicagoans, each place I named has its own atmosphere, its own zeitgeist.

Neighborhoods are fluid. Things change all the time. Old neighborhoods are re-invented or renamed. When I moved here, there was no Logan or Lincoln Square. Or Bucktown. Wrigleyville meant Wrigley Field, and that was it. If you like things to stay the same, it can be disturbing.

There’s the Gold Coast, Hyde Park, Bronzeville, Back of the Yards, Englewood, Lawndale, 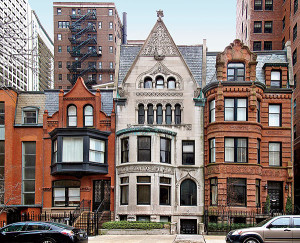 Andersonville, the East Side—and all of them are different. The connotations of each dictate its personality, influence, and whether it’s safe to visit. (The map above will give you a clue.) 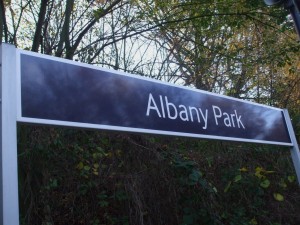 Take Albany Park, for example. Since the 1970s it has been the main entry point for Asian and Latin- American immigrants. And before that, it, along with Lawndale, was home to Jewish immigrants. The result is one of the city’s most ethnically diverse neighborhoods with hundreds of world-class multicultural restaurants and excellent independent grocery stores, while Lawndale became ground zero for the riots after the Martin Luther King assassination.

Then there’s Chicago’s official downtown area, The Loop, one of the world’s most influential business districts. And Streeterville with Navy Pier at its eastern edge: a carnival atmosphere with amusement rides, gift shops, docks, and sightseeing boats.

And of course, there’s Englewood on the South Side, which consistently ranks as one of the most dangerous places in the city. In September it came 5th in a list of the most violent places in Chicago.

There are so many neighborhoods in Chicago, all unique in a special way, that it’s no wonder the city has spawned such a variety of authors.

There’s inspiration on every street corner. Walk a few blocks and everything changes so profoundly you’d think you were in a different city. One minute you’re in amongst towering blocks, the next in a residential area lined with bungalows and kids playing in the streets. Or you segue from a neighborhood rich in different cultures to one where everyone’s cultural background is the same. Street signs are in different languages, depending where you are. Signs above stores, the same.

Violence and peace live side by side, separated by man-made borders that keep shifting. Some neighborhoods are further bisected by gang turf – there are parts of Englewood the Gangster Disciples never go to; other corners the Black Disciples never visit.

It’s a provocative theory (at least to me). That living in a city this diverse has an effect on writers: the way they feel, how they write, their preoccupations and obsessions. What do you think? 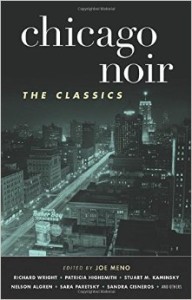 Oh, and just to emphasize the point: The second Chicago Noir: The Classics has been published by Akashic. The editor is the fabulous Joe Meno, and he’s painted a chronological picture of how different authors have seen Chicago. There are stories by Nelson Algren, Patricia Highsmith, Richard Wright, Sara Paretsky, Stuart Kaminsky, Max Allan Collins, Hugh Holton, Percy Spurlack, Stuart Dybek, and more, all looking through the lens of different times and neighborhoods. That’s probably why they’re calling it Chicago Noir 2: The Classics. And yes, I have a story in there, too.