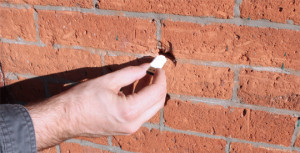 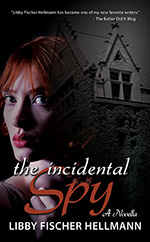 As some of you know, World War Two has always called to me, and the research I did for An Incidental Spy was a journey of discovery into the creative ways spies communicated with each other and their spymasters.

Here in the US, well before we joined the war, Nazi spies were active on our shores, desperate to find out what US scientists, politicians and generals were planning. At the same time the Allies had spies on the Continent, and, after the war started, behind German lines. Whatever side you were on, secrecy was vital and passing secrets safely involved all kinds of clever subterfuge.

Last winter I wrote a blog about tradecraft based on my visit to the International Spy Museum in Washington and Bletchley Park in the UK. Many of the tools (with the exception of code-breaking) I discovered are deceptively simple, designed to blend into the background: clever disguises, surveillance, and unexpected ways to exchange secure messages. And, as I said in my post on Jungle Red Writers last week, some of the inventions that came out of WW2 are undergoing a renaissance today. So, I thought I’d list a Baker’s Dozen espionage techniques, some of which I think are rather ingenious.

1. The dead drop – A secret pre-arranged place to leave information, photos or other items so they can be picked up without meeting your fellow agent face to face and compromise security.

2. Hollowed out coins – Coins carried messages, most famously in 1953 when a Russian agent accidentally gave his hollow nickel, containing a microphoto, to a newspaper boy. It took the FBI four years to decode the instructions embedded in the photo.

3. Signalling a drop or other important event with chalk – This is a subtle way to indicate where you’ve hidden items that easily washes off. You could also move a flag or flowerpot to signal a meeting, or put a light in a certain window. A book in a car window might signal a meet too.

4. Dropping an orange peel to mark the way – Just like Hansel and Gretel, the Russians apparently were fond of the orange peel trick, which lets spies leave a brightly colored trail so ordinary and everyday it doesn’t attract attention.

5. Pyrofilm – “This message will self-destruct in five seconds…” Mission Impossible-style messages were first developed during World War II. Spies could keep sensitive information in a special Pyrofilm Combustible Notebook whose film caught fire when triggered by a special pencil. The message would burn up in seconds, leaving no evidence.

6. Silent maps – The last thing you need is a rustling map. To avoid detection, spies used maps printed on silk, which didn’t rustle when you unfolded them. A simple trick but it saved lives.

8. The jack-in-the-box dummy – A Jack-in-the-Box was simply a suitcase containing a human-shaped dummy. From the shoulders up it looked just like a person, perfect when a spy wants to escape surveillance. All you did was wait for a sharp corner, fall out of the passenger side, and open the Jack-in-the-Box. The five seconds you were out of view was enough to roll out of the vehicle into safety in the shadows.

9. The standard number 2 pencil – How dangerous can a pencil be? Very, when it’s used as a gadget to deliver a pill or powder into someone’s drink. All spies did was twist the eraser and the metal band around it to dispense up to two and a half CCs of deadly drugs, sleeping powder or a hallucinogenic.

10. Steganography – steganography is the fine art of leaving a coded message in plain sight, and the CIA perfected it. Its creators were inspired by the way magicians communicated when doing tricks. The technique involved all sorts of clever deceptions like tying your shoelaces in various ways, each method with its own secret message: “follow me” or “we’ve been compromised”.

11. The brush pass – this is used to pass materials between agents, developed for places where US agents were constantly watched. It takes practice to walk by another person and invisibly pass them something, and the spies’ efforts had to be very carefully choreographed. 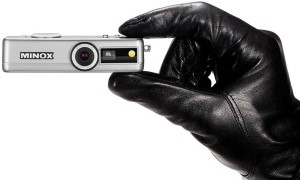 12. The Minox camera– The Minox was a ‘subminiature’ tiny camera produced in 1936 by the German Walter Zapp. A favorite with spies from both sides, it was perfect for subtly snapping photos of secret documents and locations.

In addition to  basic tools, the Allies were busy inventing eccentric, creative, weird and wonderful gadgets and tools for their spies. Think M from James Bond and you get the picture.

1. Disguised radios – A special team disguised radios to look like everyday objects. If you were caught with a radio in France you’d be taken by the Gestapo, probably tortured and almost certainly shot, so secrecy was vital. One version was a radio hidden in a Huntley & Palmer biscuit tin, sent to operatives in France via risky night time parachute drops. 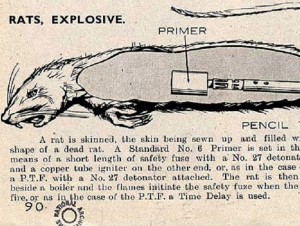 3. Rat bombs – The Allies filled dead rats filled with explosives and left them in German-run factories. When the workers found the animals and threw them in the furnace, they exploded. In the end the Germans were so paranoid they left any dead rats where they were, explosive or otherwise. As a result diseases spread as the corpses rotted, a double-whammy of a way to wage psychological war on the enemy.

4. Pipe pistols – This idea never got past prototype stage, but there were plans for a pipe which could fire .22 caliber bullets through the stem.

5. Secret shaving cream and toothpaste tube chambers – A specially adapted tube of shaving cream or toothpaste provided a cool hiding place for messages and objects. The tubes looked just like the real thing, branded with manufacturer logos, but while the top of the tube contained genuine cream or paste, the other end concealed a secret compartment.

It’s fascinating to see how often conflict drives runaway innovation. These gadgets and procedures wouldn’t have been invented without a war to drive them, one of the many reasons the period is such an inspiration.