The Oscars are coming. (Here are the nominees and some trailers).

When I was a little girl, watching the Oscars was a special event. It was about the only time I was allowed to stay up late to see who won. After years of watching, the spectacle had its effect. You may not know this, but I started my career with a Master of Fine Arts in film production from NYU. I had no plans to be a writer. Not even a Plan B. I was going to be a “film-maker,” the Lina Wertmuller of the United States, actually. After writing and directing a host of acclaimed, well-reviewed, profitable films, I would dance into the sunset with Ingmar Bergman. 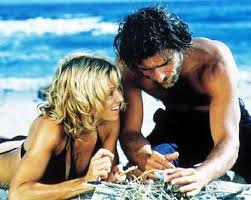 Unfortunately, life had other plans. I had to decide early on whether I wanted to starve in a garret writing screenplays until I was discovered or wait tables for a living. I didn’t want to do either. So goodbye feature films. Hello, TV News. Which, after eight years, led to public relations. Which then led to spokesperson training.

One thing never changed. I have always loved going to the movies. I still do. There’s something magical when the house lights dim, the curtains open, and I hear the click of the projector (or at least I used to). I know from that moment onwards, for the next two hours, I will be transported to another place and another time. I will enter someone else’s world with such intensity that it feels like I’m there in real life, experiencing the story at a visceral, emotional level.

Even though I love reading almost as much as watching films, it’s not the same. Film provides a gut-wrenching immediacy. It’s all show, in your face, sometimes shocking. Reading is a different experience. So which is better?

With reading comes exposition. You get backstory. But most of the fine detail in settings, appearances, and expression is left to the reader’s imagination. Some authors make it a dramatic experience, and I’m often moved to tears or laugh out loud while reading. But film demands that kind of response. When it’s done well, the film-goer has no choice but to dive in. And unlike reading, where a distraction now and then might be welcome, any distraction in a film is grounds for murder.

Books allow for a more subtle interpretation of moods, values, and events. In film it’s all laid out in front of you. In that sense a book can show and tell. But a movie just shows. And because the point of view in a film is usually the camera rather than a character’s head, it can be a challenge to portray a subtle character on film. In a book, we have inner monologue to help define a person. In film, not so much. It’s down to the actor to define the character clearly. Which is more difficult.

Film from a writer’s perspective

However, one thing that doesn’t change for me, regardless of the medium, is my approach. Because I learned it in film school, I approach each scene or chapter in my books as if I’m writing a screenplay. I need to see it like a movie, complete with pans, establishing shots, edited close-ups, and dolly shots. If I can’t see it, I can’t write it, and I often find myself re-jiggering a scene until I can actually see it.

The other thing that film has taught me is pacing. After many years I have a film maker’s innate sense of when to cut in and out of a scene, and how to vary the action with contemplation, dialogue, or exposition.

As a film goer, however, it’s not a good thing if I become conscious of the process the first time I’m watching a film. If I start noticing the camera angles, the editing, or even the acting, it means the story telling hasn’t captured me and I am not having the visceral experience I crave.

Which brings us back to the Oscars. Which films will win this time around? Hopefully, they’ll be the films that grab you from the first frame, make you forget you’re watching a screen, and don’t spit you out until you emerge, blinking and dragging yourself back to reality. In fact, I think the longer you keep that strange sense of post-movie unreality, the better the film.

So… Which is your favorite?

Are you a dedicated film fan, do you prefer reading… or does any medium do it as long as the story’s worth telling?