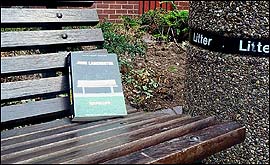 Print books are enjoying a revival, some say. So what’s up with that?

Print has been the poor cousin as the digital revolution looked set to change the way we consume literature. But ebooks didn’t kill print after all, just as video didn’t kill the movies, and TV didn’t kill radio. Some people have always valued the printed book over digital formats, and as the digital dust slowly settles, there are hints  that print books are as popular as ever.

The trend for leaving books in public places

Take the growing trend for leaving books in public places for others to pick up. A British friend of mine tells the tale of finding one of my Ellie novels in a Brighton thrift shop. She opened it to discover I had signed it at some book signing event or other in the USA. What a weird—but happy— coincidence. Maybe somebody bought the novel in the US, took it abroad on vacation? Or maybe a Brit read it on the plane home then passed it on. We’ll never know, but it goes to illustrate how books are still precious, worth hauling across the Pond.

The same friend tells me about her mother, who leaves books in the village

bus stop shelter for local people to enjoy. But she’s not alone. The UK’s Guardian newspaper holds an annual Book Swap, where  people all over the world are encouraged to ‘leave a book on a bench’. And at Book-Crossing, you can track where your old books go after you release them into the wild. I have friends in the US who are avid Book-Crossers. 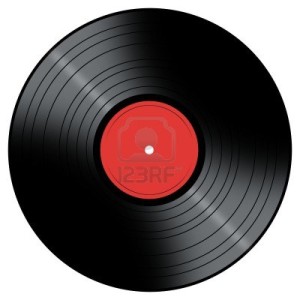 It’s interesting, since much the same thing is happening in the music industry. Some of the most popular chart bands are releasing their new music on vinyl, a medium that was never quite killed off by CDs and downloads. So It appears that real, physical records are enjoying a dramatic mass market revival as well. My daughter, in fact, insisted on buying a turn-table a couple of years ago. (She found one at Target.)

You can see vinyl lovers’ point, in the same way as you can understand readers who love ‘real’ books best. Contrary to popular belief, digital stuff doesn’t last forever. If you bought a music CD twenty years ago there’s a chance it might have decayed and won’t be playable. If you cut your own CDs they will almost certainly be past their prime.

The same goes for .pdfs and Kindle files. Storing novels in the binary, in ones and zeros, is a temporary solution. Data storage can decay. In fact data storage is a huge deal right now as organizations and governments try to find a way to store the world’s knowledge in a digital format that will still be here in ten or fifty or several hundred years’ time.

Books and vinyl are also tangible pieces of design which you can actually touch and examine. You can’t do that with an electronic file; consequently, there’s much less sense of ownership. 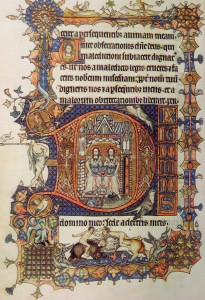 As proved by ancient illuminated manuscripts, when you look after a book it can last hundreds of years, unlike the content on your Kindle. It’s a sobering thought. Now, if print publishers would just match the royalties that authors get from electronic copies— 70 per cent vs. 8 per cent— I bet you’d see the decline of e-books faster than a speeding bullet. 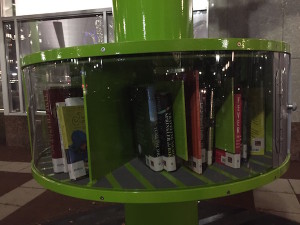 PS This is what I call “bashert.” I am now in Indianapolis for a conference, was walking back from dinner, and look what I saw right in the middle of the sidewalk!

See what I mean?