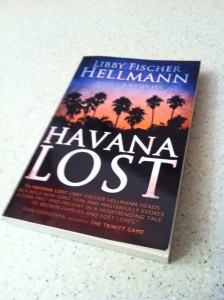 Havana Lost has launched at last. Feedback has started to roll in. And I’m fascinated by how many readers say they are ‘disturbed’ by Frankie Pacelli’s transformation from a young vulnerable likeable girl into—well (spoiler alert averted), what she ultimately became.

My response? She had to.

When you lose the things you love most, it turns your life into a completely different direction. It changes the way you feel about your world. One day the future looks clear and rosy, the next day all hell lets loose and your dreams are destroyed. Today you have a home, a family, a lover, support, freedom. Tomorrow it’s all gone. One minute you’re good. The next day your world falls apart and you’re on the road to something else.

The noir side of revolution

In that sense Havana Lost is the noir version of A Bitter Veil. Everyone who reads Veil loves the fact that Anna is brave, courageous, clear-sighted, and tolerant. In other words, she is a heroine. Some of the other characters in the novel, characters whom you’d least expect, turn out to be heroic as well. In Havana Lost, however, it’s the opposite. People you might want to root for turn ugly. And misfortune claims some of the “good guys” who are or could be heroes.

The unpredictable effects of extreme conflict

That was no accident. The whole point of my so-called ‘Revolution Trilogy’ (Set the Night 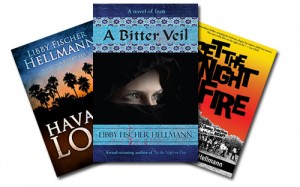 on Fire, A Bitter Veil, and Havana Lost) is that extreme conflict turns some people into heroes, others into cowards… even evil-doers. That’s what revolution does. It’s not a tidy package where the men (and women) in white hats overcome the black-hatted oppressors and everyone rides into a Technicolor sunset. However noble the cause, however positive the eventual outcome, the revolutionary process is messy, ugly, chaotic, brutal.

People aren’t clear cut either. Very few of us are wholly evil or wholly good. Most of us come in shades of gray: we respond well to some challenges, badly to others. We make good and bad judgment calls. We choose the wrong and right sides, love the wrong and right people, make mistakes, change our minds, change direction, fall by the wayside, commit random acts of  cruelty, as well as bravery, honor and valor.

At the same time, some of us are more resilient than others. Some bend, others break. Most of us muddle along, doing our best to cope with a completely unpredictable future. And we never really know how we react to disaster until it strikes. Would you stay strong or go under? How much pain, danger and loss would it take to drive you to acts of which you’re not proud?

Actually, I am pleased people are disturbed by Frankie’s evolution, and I’m glad readers are disturbed by the behavior of other characters in Havana Lost who don’t react as expected. I enjoy surprising readers, and they seem to enjoy being surprised. In my view that’s what thriller writing is all about. The unpredictable is more thrilling than the predictable.

How would you react if you were Frankie?

Let’s do a straw poll. How do you think you would react in Frankie’s circumstances – would you change and if so, how?