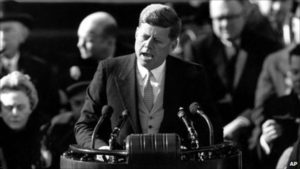 This is a reprint of a blogpost originally published on The Lipstick Chronicles, which is sadly gone now. Given the day, I thought you’d appreciate it.

One of the nice things about being an author is that people don’t usually recognize you when you break out of the cage and go outside. Which means I can wear sweats, my hair can be a mess, my socks mismatched, and no one cares (except my Mother). I like that anonymity. In fact, I crave it. I think part of it comes from the fact that I grew up in Washington, DC, where gossiping about the neighbors meant you were talking politics. Seeing a boring senator or congressman, even a President, wasn’t a big deal, especially when I used to roll Easter eggs on the White House lawn with Mamie. 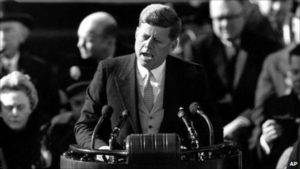 Kennedy changed all that. I was only 10 when he was elected, but even I knew something was different. He was handsome and witty, his wife was gorgeous and sophisticated. They both had IT. Charisma. I often think that was the beginning of DC’s metamorphosis from a sleepy southern swamp to something more polished and metropolitan.

The Kennedy charisma was addictive, and I inhaled it. And over the years looked for more. As a result, though I don’t want to be one, I’m just as star-struck as the next gal. There’s something about being close to the glamour, the fame, the sparkle and glitz that’s seductive. I want to touch it. See if it’s real. There was even a trending topic about it on Twitter a few months ago — I can’t remember the exact name, but it was about people’s anecdotes when brushing up against celebrities.

So, though it has nothing to do with my upcoming book, I wanted to share some of my brushes with the stars. 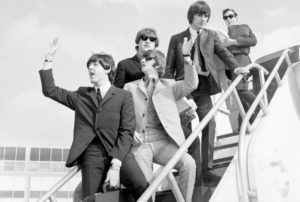 I was 14 when the Beatles came to DC for a concert. I discovered they were staying at the Shoreham Hotel, which was only one block from my house. Really. On top of that, it was a snowy February day, and school was dismissed early. I rushed to the Shoreham with a friend, who just happened to know someone who lived on the hotel’s seventh floor. Along with 100 other screaming girls, we watched the Beatles climb out of their limo and into the elevator. Then we hot-footed it to another set of elevators up to the seventh floor. Imagine our shock when we ran into a cop in the hall! That clinched it. We knew the Beatles were staying on the seventh floor. While my friend explained to the cop that we really were visiting her friend, I ran down the hall to the first set of elevators. Sure enough, a minute later the Fab Four emerged. I shoved a piece of paper at George Harrison, and he said five words that I have remembered for the rest of my life: “Do you have a pencil?” 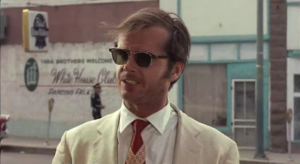 I was working in my first job at WRC-TV in DC the summer of ’69. Peter Fonda and Dennis Hopper had just released Easy Rider, and Jack Nicholson (“Nick-nick”) came to the radio station to do an interview. We were in the middle of producing a local documentary about “Washington’s youth,” so I ran down to the basement where he was interviewing and asked if he’d do an interview for us. He said sure, and that night we went to a disco with film crews, lights, etc. During the course of the evening, he asked if I’d go back to his hotel room with him. I said five words I may regret for the rest of my life: “Sorry, I have a curfew.” 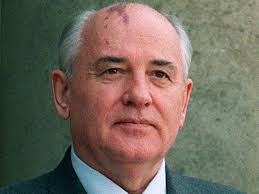 Years later I was producing a fundraising video for Hugh O’Brian –the original TV Wyatt Earp. He had launched a youth foundation that is still active today. If you know Hugh, you know he doesn’t take no for an answer, and by some miracle, he’d invited Mikhail Gorbachov to the US for a fundraising banquet. I got to shoot video of the event. OK, yes he’s a politician, but, like Kennedy, Gorbachov had charisma. I confess a little “thrill went up my leg” when I shook his hand.

Finally a few years ago, I went to a Women’s Business networking conference. I got there about a half hour early and walked into the luncheon hall to read the paper. There, sitting in a corner all by herself, looking incredibly beautiful, was Gloria Steinem. I sucked in a breath. I really wanted to talk to her, but I didn’t want to invade her privacy. Happily, she looked up, smiled, so I screwed up my courage and went over. We ended up chatting for about 10 minutes. I was gobsmacked.

Interesting how whom we admire changes over time. What about you? What brushes with celebrity do you hold dear? Do any seem silly now?