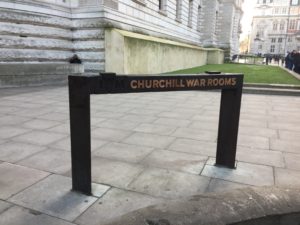 I spent a week across the pond over the holidays, and one of my must-see visits was to the Churchill War Rooms.

What are they? Glad you asked.

Follow me back in time to World War Two.  Britain was facing dark days, embroiled in a conflict that would kill millions of civilians and soldiers and ultimately change the wo 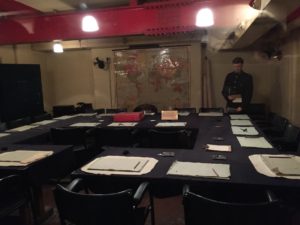 rld forever. During 1938, as the clouds of war gathered, the basement of a building in Whitehall became the site of the Cabinet War Rooms. When the war actually began, the core of the British government – led by Sir Winston Churchill himself— holed up in this secret underground bunker and the rooms fast became the inner sanctum of the British government. Churchill himself first visited the war rooms on 10th May 1940, famously announcing that, “This is the room from which I will run the war.” As it turns out, it’s also where he finally won it.

Churchill sat in the chair closest to the camera, and apparently the arms of the chair feature deep scratches in the wood, dug by his fingernails as he battled the constant tension and fear. 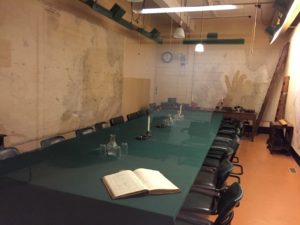 The Cabinet War Rooms were closed shortly after the Japanese surrendered in August 1945. You can imagine how very relieved and thankful the Prime Minister and his government were to simply lock the door of the place behind them when the war finally came to an end. Indeed, the complex sat undisturbed for three years, until 1948, when Parliament decided it should be preserved as a historic site. Very few people knew about it and fewer still visited until decades later, in the late 1970s, when the Imperial War Museum finally began its restoration work. They opened in 2003, and in 2005 the Imperial War Museum added the world’s only major museum dedicated to Sir Winston Churchill adjacent to the bunker.

The entire block of rooms were predicated on the supposition that at some point, the top military and political figures of Britain might have to live there indefinitely. As it turned out, Churchill only slept there for four nights, and he demanded that his wife, Clementine, stay there too. Here are their bedrooms. Notice the telephone on his desk in the background, so he could be in touch with anyone anytime. 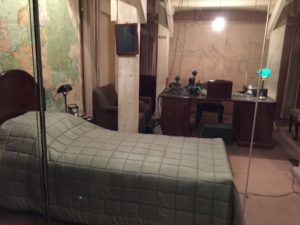 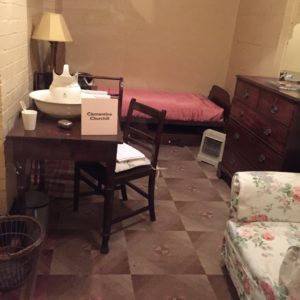 And here is the “secure” telephone set-up he used when he called FDR. 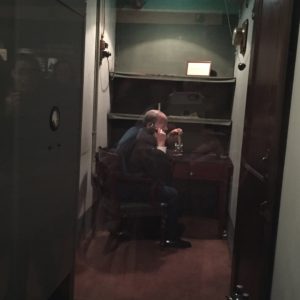 Here is the typing pool room and the telegraph room, all underground. 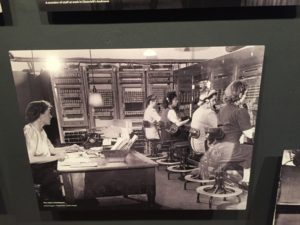 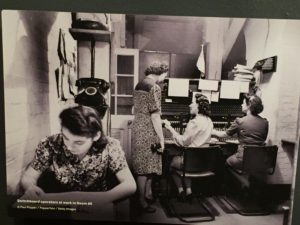 And this was the kitchen where his meals were prepared (Churchill was a gourmand, of course) 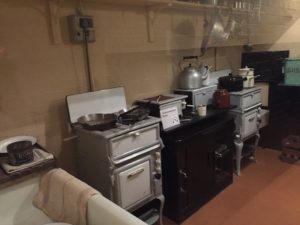 In the museum you can find all sorts of Chuchillian artifacts, including war posters and other propaganda. 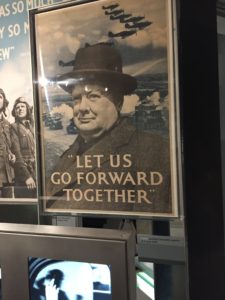 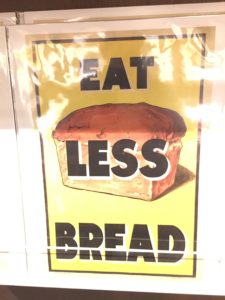 The museum also has —writers will enjoy this—the offer from his publisher for his first book! 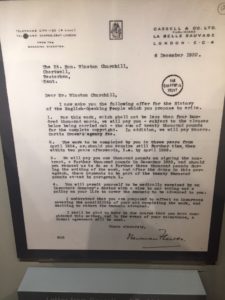 If you want to see more of the War Rooms but can’t make it across the pond, there’s a book just out that lets you do exactly that, revealing places that visitors never get to see. It’s called Secrets of Churchill’s War Rooms, out in hardcover, published by the University of Chicago Press, available for $45 and written by Jonathan Asbury.