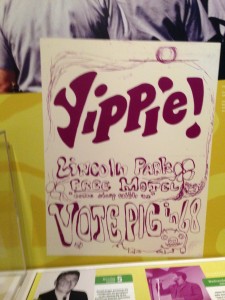 Robert Kennedy spoke those words when he announced he was a candidate for the Presidency in March, 1968. (Apocryphal, no?) Anyway, I just saw the “1968” exhibit at the Chicago History Museum. Here’s a bit of the posters, photos, and signage. If you’re in Chicago, go! There’s also a fabulous exhibit of Vivian Maier’s photography. Great … Read more