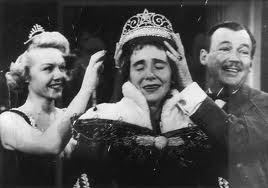 Thriller Writer Traci Hohenstein tagged me for this – Thanks, Traci. (I think). Some people are calling it “Queen or King for A Day”… Others are calling it what it is: A Blog Hop. Here’s how it works: I answer 10 questions on the Next Big Thing I’m working on, then I tag five other authors to do the same a week later, always on Wednesdays. Hmm, I wonder when we’ll run out of authors.

Be that as it may, however, here we go.

What is the working title of your next book?

Where did the idea come from?

I wanted to write about the Havana before Fidel (the Mafia basically owned Havana and Batista), the revolution, and what Cuba was like thirty years later.

What genre best defines your book?

Which actors would you choose to play your characters in a movie rendition?

Eva Longoria or Selma Hayek (they’d have to age), Ben Affleck, and Richard Armitage would be a great start!

What is the one-sentence synopsis of your book?

GOODBYE CHE is a thriller set largely in Cuba that tracks the rise of a female Mafia head through 3 generations of the same family.

Will your book be self-published or represented by an agency?

It will be published, hopefully, by Allium Press of Chicago in June, 2013.

How long did it take you to write the first draft?

What other books would you compare this story to within your genre? 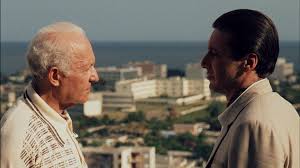 Who or what inspired you to write this book?

My sister and I were talking about what I should write next and where to set it, and she suggested Cuba.

What else about the book might pique the reader’s interest?

There’s quite a bit of romance in the book. I’ve also tried to be accurate with the history of the Cuban revolution, which I found fascinating.

Now for the tags:

Look for their posts next week and consider trying…their Next Big Thing.

Dave Zeltserman: A fellow member of Top Suspense, and one of the best horror authors around.

Paul Levine: One of the most humorous mystery authors writing today. And a hell of a great writer. And a member of Top Suspense.

Marissa Farrar: A terrific thriller author who’s mastered the indie market both across the pond and in the States.

Billie Sue Mosiman: A real pro who writes horror, suspense, crime, and everything in between!