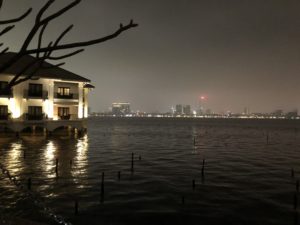 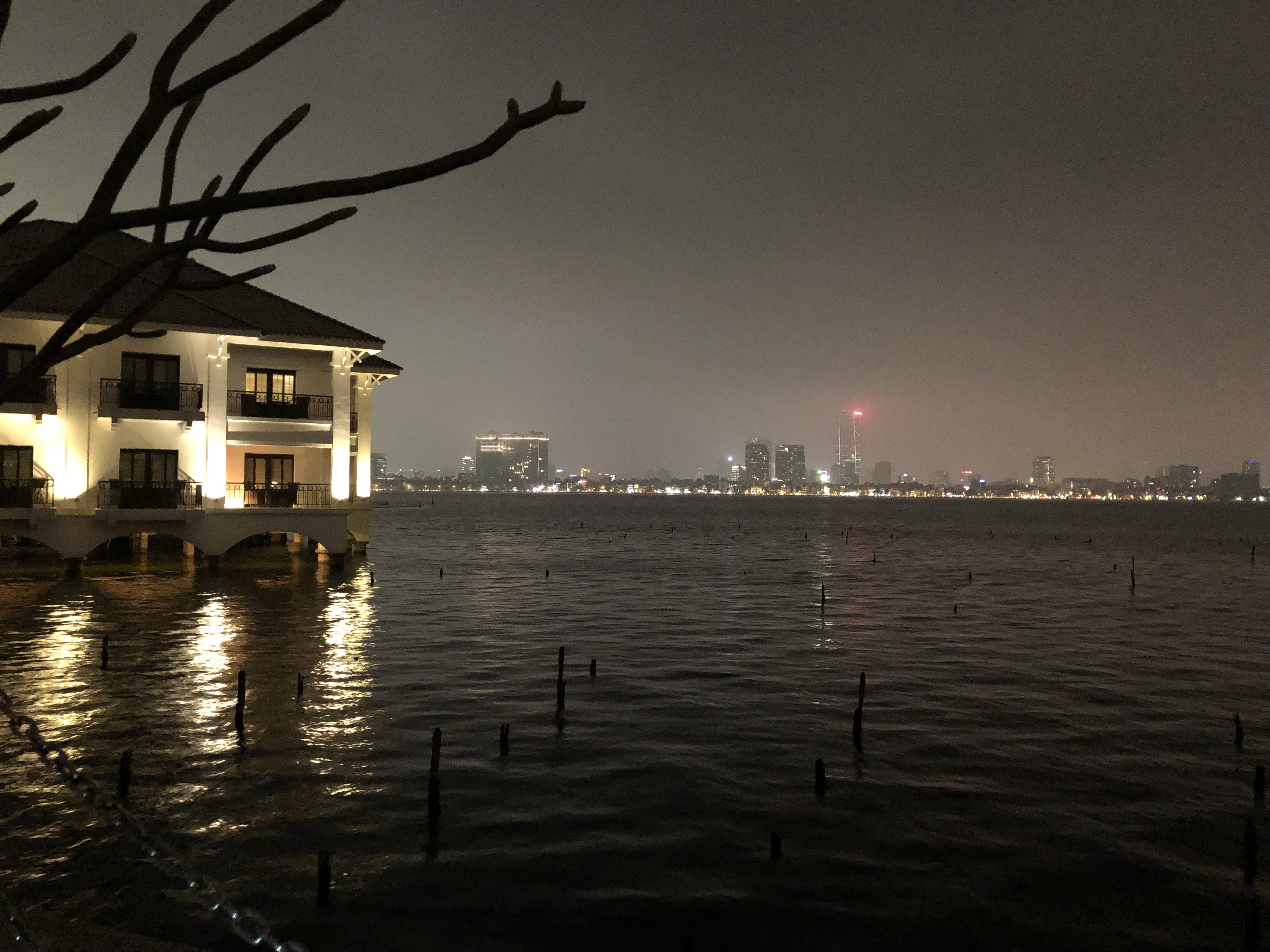 As many of you know, I traveled to Vietnam, Cambodia, and Bangkok for three weeks. The entire experience was fascinating — I learned so much! And for one minute did I want to be anywhere else but where I was. I think they call that “living in the moment.” A lot of the praise has to go to Avalon Waterways, the organization whose tour we took. They REALLY took care of us — 5-star hotels, a river cruise on a newly renovated boat, an excellent chef, and more important, events that were well paced for the distance we traveled, the things we saw, and the heat (it was over 100 degrees for much of the inland voyage.)

What follows is a photographic record of the trip. I promise not to overwhelm you, and I’ll try to keep each blogpost about 12 photos. We started out in Hanoi, complete with a trip to see Ho Chi Minh who is still embalmed in an air-controlled coffin. I think it’s required that we see him — but no photos allowed. Don’t worry. It was creepy. Apparently they re-embalm him every 6 months. His body must be glue by now.

I also didn’t take many photos of the Hanoi Hilton where John McCain was held. It was too gruesome. Anyway, here we go. The photo above is a shot of the Intercontinental Hotel from their “back porch” looking at the city from a distance. 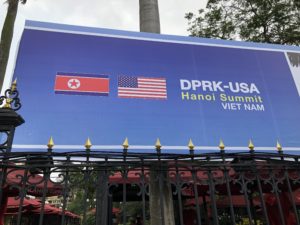 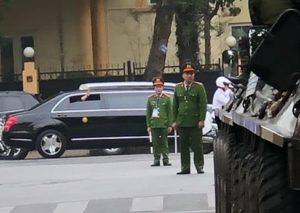 Funny thing — we arrived the day Kim Jong Un was leaving the failed summit. We were outside the Hanoi Hilton when all the police and Swat teams showed up, closed off the street, and we were treated to Kim waving his pudgy little hand as he left for the train to take him back to China. Actually, I’m glad it wasn’t Cheetoman.

This is the main prison in Hanoi. You see John McCain’s uniform. And one of the scenes of prisoners tied together, their legs in irons, unable to walk around or even stand up. 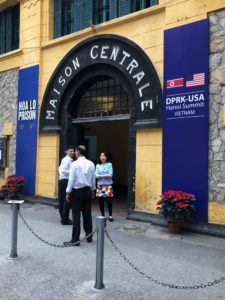 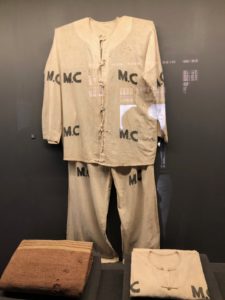 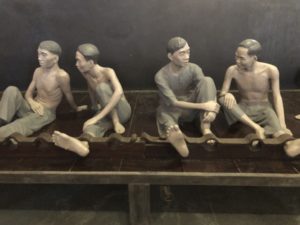 These are Hanoi Street scenes. You still see women in the conical hats, lots of stores and impromptu shops on the streets, and the ubiquitous motor scooter, which is the predominant transportation for people in Vietnam and Cambodia. We’ll see more of these later. 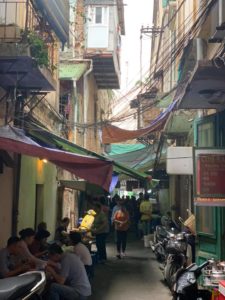 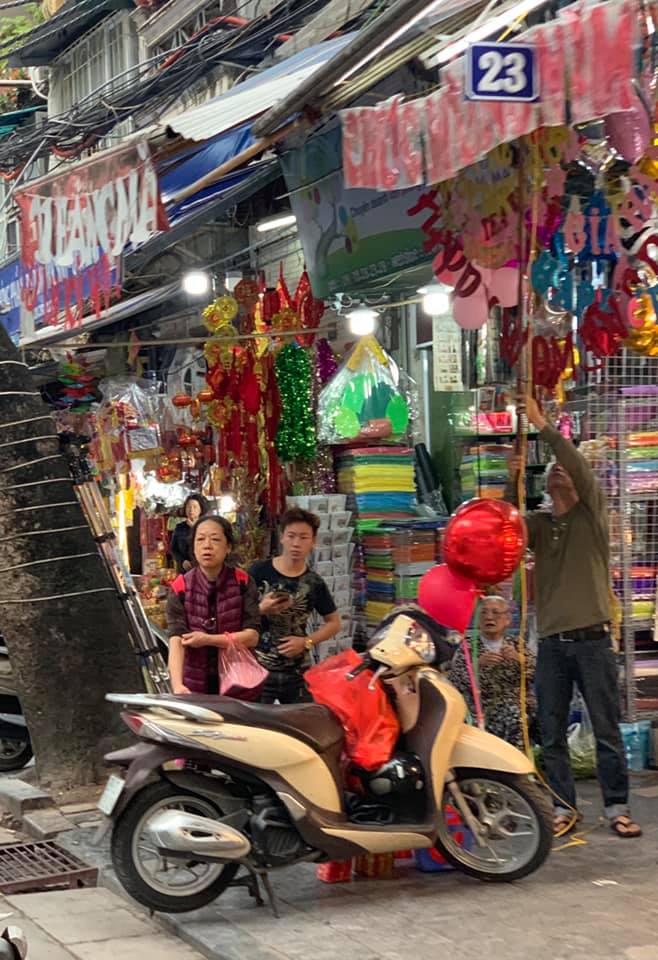 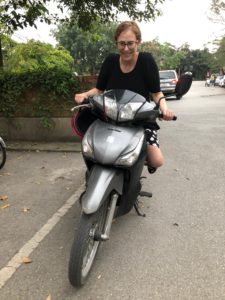 Then there are the markets. Places for people to eat, to hawk their wares, especially to tourists. On the street as well as in the markets. 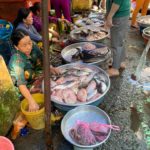 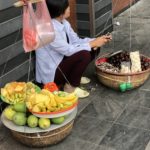 But between the chaos, the noise, the unfamiliar and often unpleasant smells are small glimpses of beauty. A tranquil painting, a small temple hiding behind the street, a pensive bellboy, a tiny sculpture, a shrine, the remnants of French architecture, and even a sophisticated restaurant, appropriately called “Home.” 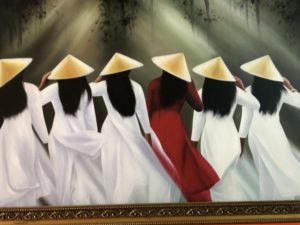 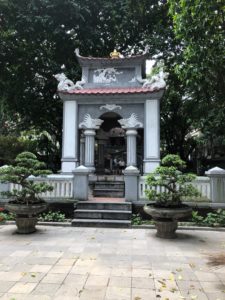 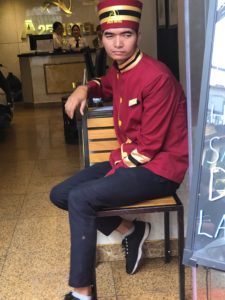 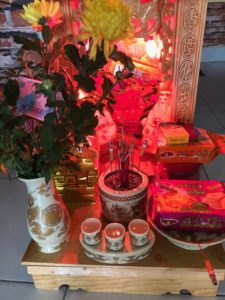 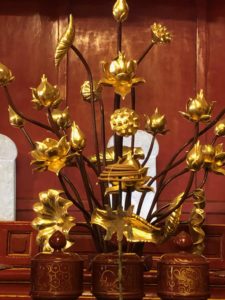 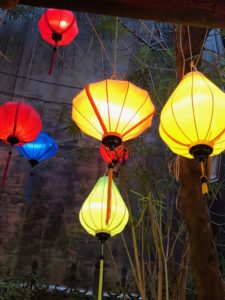 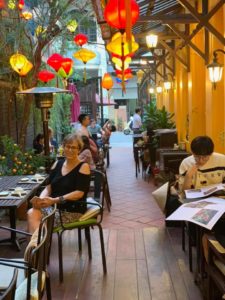 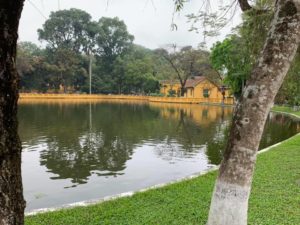 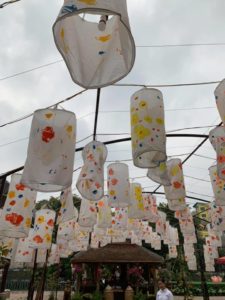