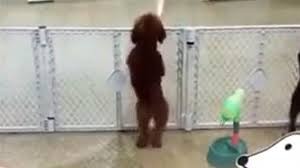 Remember the cute video of a poodle puppy wiggling his behind? Or the one of Chicago that took years to produce? Don’t forget the original ‘wedding aisle dance‘ video. And here’s a video starring a laughing baby, shared millions of times.

Now and again a video goes viral, shared multiple times by thousands or even millions of people and ending up all over social media like a rash. I’ve always been curious about this — what, exactly, makes video content go viral, and is it possible one of mine—or yours–could appeal to a huge audience? 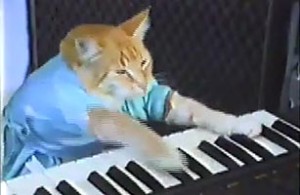 Some say there’s one very simple way to boost the momentum of any video… just add kittens. The top 5 most-viewed videos on YouTube beg to differ, though, with international music stars mopping up. And what if you hate kittens and musical talent isn’t part of your equation? What can you do to send your video content into marketing hyperspace? Here’s what the experts say.

It turns out there’s plenty of advice about going viral, but most of it is essentially worthless. It includes pearls of non-wisdom like ‘make a short, engaging and a high quality video’ , and ‘tell a story or convey a message’, both so basic they’re barely worth mentioning.

Another piece of advice is ‘place keywords in your video title and description’, which actually has nothing at all to do with going viral. It’s about helping search engines classify video content properly so they can put it in front of the right people in the search results.

Some recommend promoting videos and YouTube channels through social media, less a tip and more a no-brainer. Others say you should ‘engage your viewers, encourage them to comment and follow you’, more of the same non-advice.

You could ‘release your video on a Monday or Tuesday’, but, again, I’m not sure how that supports viral content. Some experts say ‘make your video shorter’… but shorter than what? Some say ‘write a viral title’.

Slightly more useful advice runs along the line of ‘Figure out who has a stake in your video’, ‘Make sure it evokes emotion’ and ‘Understand how things go viral on the internet’, all of which make sense but lack practical application. How, exactly, do you do that?

So, while there’s plenty of thin, low-calorie advice about making video go viral, there doesn’t seem to be anything of real use. Clearly, there isn’t a formula for hooking video directly into the Zeitgeist. If there was, we’d all be doing it, every day.

The top 5 viral videos illustrate the point. Here they are. Could you have predicted they’d become so popular, acquiring meme status across the internet?  They’re all music videos, and interestingly, the smash hit music video ‘Gangnam Style’ by Psy remains the only one to have exceeded two billion views, despite being filmed way back in 2012.

The thing about music video is these musicians already have a ready-made, captive audience, the majority of whom will want to see what their idols are up to, which makes viral status relatively easy to achieve. Most ordinary mortals and marketers have to work a lot harder, and— to be honest—we stand very little chance of achieving the same levels of exposure.

Bottom line: there’s no magic formula for making a video go viral, and there’s nothing you can do to guarantee it. Except, hopefully, enjoy (again) some of the most popular videos on the internet that I’ve posted above. Frankly, I’m into Adele.

Have you ever made a video that caught people’s imagination and went viral?

PS Just to bring the discussion back to books, take a look at this video produced by UK librarians! See why they’re some of my favorite people?