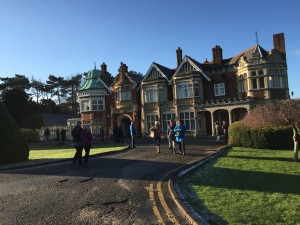 With a world of exciting, mysterious and historic locations to write about, I’m often asked where I’ll set my next story. Happily, there are plenty of places on my agenda, and if I write a caper novel, which I’m considering btw, I might have even more places to discover. For now, though, here are my top five, all fascinating and all ripe for adventure.

This is a definite. I’m between books right now but when I finish revisions on the next Ellie Foreman novel, I’m going to write a novella about Bletchley Park. For those of you who aren’t familiar with the location, it’s where the story of Alan Turing and the Enigma machine unfolded.

Bletchley Park was the central site of Britain’s Government Code and Cypher School. In World War Two the scientists, mathematicians and codebreakers working there frequently penetrated the Nazis’ secret communications, most importantly the Germans’ Enigma machine.British Intelligence reckons their efforts shortened the war by as much as four years. These days, though, Bletchley is an educational and historical site celebrating the accomplishments of its wartime heroes. 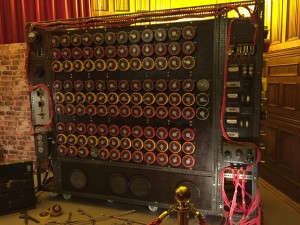 I visited the UK last Christmas and one of the highlights was a tour of Bletchley Park. At the time I was in the middle of writing a novella called The Incidental Spy, due out this September. It’s about a German refugee who is forced to spy on the Manhattan Project in Chicago. While touring Bletchley Park I decided I wanted to write another WW2 novella, but this time about a female British codebreaker working at Bletchley. Then I’d package them together as a WW2 period piece. 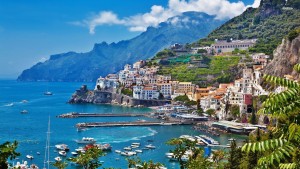 During one of my interior redecorations, I hung a two-panel painting of the Amalfi Coast above my bed. It’s so beautiful and dramatic, that I decided I want—no,I need—to go there myself. I haven’t done it yet, but it’s almost as good visiting the area in my head, and imagining a story set there.

I can just see my protagonist whipping around those narrow roads in a sports car, James Bond style, careening so close to the edge that whoever is in the passenger seat is sure they’re going over a cliff. I also see a character in a small boat gliding up and down the coast admiring the view, or drinking rough red wine in a quaint Sorrento restaurant, or even hiking where it’s safe.

Safe? Oh wait… that would be me, not my character. My character would take risks. She’d choose the most dangerous path, right? That’s one of the best things about writing fictional characters – they get to experience a location in a way that would be impossible for me, even if I dared. So if it looks like it’s over the edge of a cliff, then…

Greece and the Greek islands 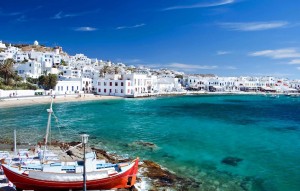 Despite the troubles, or maybe because of them, mainland Greece and the Greek islands are starting to call to me. All sorts of crimes can occur when an economy is in crisis, and I can’t think of another country that is so simultaneously beautiful and in such bad shape.

I’ll bet prices drop to rock bottom, and I want my characters to take advantage of them. They might take a detour into Cyprus—I actually know a couple of authors who live there and might be willing to give me a tour. All in the name of research, of course. And the Greek islands beckon, hundreds of tiny, rocky places dotting the bright blue Mediterranean sea, each with its own personality.

The Home of Scandanavian Noir 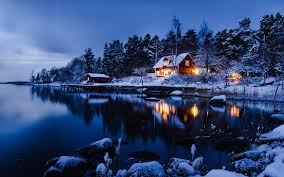 OK, I confess, all those Nordic books and TV shows I’ve read and watched have persuaded me I need to set at least a few chapters in Sweden and/or Denmark, exploring the capitals, Stockholm and Copenhagen, as well as smaller towns and villages.

They’re places of beautiful lonely scenery and plenty of darkness – especially in winter when night lasts forever. I’m not sure whether to set it in summer or winter but I can already see my characters meeting up with Lisbeth Salander and the actors on the Bridge, or even Borgen, when she’s not flying around the world being the Foreign Minister. Something about Scandanavian landscapes just shouts ‘noir’, and to me, resistance is futile. 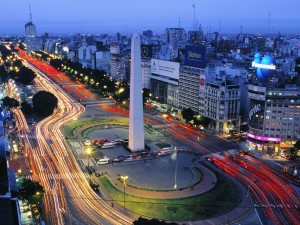 Back to the sunshine. Having never been to South America, I feel its only fair to visit, at least in fiction. Rio and Buenos Aires are high on the list, Rio because everyone says it’s the biggest party city in the world, and Buenos Aires because Che Guevara grew up there… plus a lot of WW2 Nazis were able to hide there after the war.

These cities would be the perfect location to follow up on two of my thrillers, Havana Lost and An Eye For Murder. And the idea strongly appeals to me. In fact, I might have to start by writing a short story about each city.

The world at my keyboard

Of course, these five are just the tip of the iceberg. I’ve left out a lot of locations—there just aren’t enough years in one lifetime to write or visit all of them. But if I get to these five, even if it’s just through fiction, I’ll check them off my bucket list.

What’s your favorite place to visit and/or write about? Leave a comment and let me know.