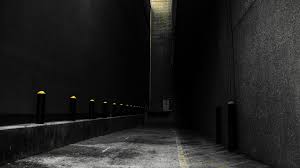 I’ve been sliding down a slippery slope over the past couple of years. I guess it’s no surprise—‘they’ do say the more crime you write the darker you get.  In my case, I’m afraid they’re right.

When I started writing Havana Lost, I knew from the start it was going to have a noir-ish ending. And a high body count. It’s almost the flip side of A Bitter Veil, which certainly isn’t lighthearted, but the reader comes to root for Anna. She is a noble, if naïve, heroine who does the right things. With Frankie Pacelli in Havana Lost, though, not so much. She’s the daughter of a high-ranking Mafioso, so the story wouldn’t be realistic if she hadn’t inherited some of her father’s tendencies. Without ruining the plot , let’s just say I started off dark and went even darker.

So, after I finished Havana Lost, I picked up my as yet untitled Georgia Davis book, which I’d started prior to Havana. Unfortunately, this novel, too, took a decidedly dark turn. For those of you who don’t know, Georgia, the protagonist of my PI series, is an ex-cop and no stranger to violence. But in this thriller we see a different kind of violence, one that’s happening to another major character. Obviously I can’t tell you too much without ruining the plot, but as I kept writing,  I descended into the depths of human depravity… and I mean really depraved.

I’ve just finished the first draft. Even my 93 year old mother, who has read more dark mysteries over the years than anyone I know thinks I went too far. So I did make one concession, but that’s another story. See what you think when it comes out. I’m still a bit nervous that I’ve plumbed depths that are better left alone.

In the midst of writing the Georgia novel, I wrote a short story that will appear in Kris Rusch and Dean Wesley Smith’s Special edition of Fiction River: the Crime Edition. My contribution, “No Good Deed,” takes place in the notorious Pendleton prison in Indiana, which had the honor of being labeled the “worst prison in the country” by LBJ back in the Sixties. (By the way, when the inmates heard him say that on TV, they jumped up and cheered, according to my friend Les Edgerton, without whose help this story would not exist.) It’s a violent, dark, story with the most noir ending I’ve ever written. Again without spoilers, it has to do with race, convicted murderers, and sadistic prison guards.

The risks of darkness

I tell you this not so much to divulge my psyche (this is starting to sound like a therapeutic confession, isn’t it) but to let you know that darkness is something I think about often. I wonder whether it’s just me, or whether we all secretly like to tap the darkness within us. Perhaps we enjoy exploring our deepest fears on paper to provide a mirror to the darkness and violence we see in the world around us. Perhaps it’s a way to harden and inure ourselves to reality. But in so doing, are we sacrificing some of our humanity and compassion?

I know I’ve have come across novels so disturbing and graphic they keep me awake at night. In fact, I’m reading The Goldfinch right now, and while it’s turned incredibly dark, I can’t put it down. Am I enjoying the vicarious thrill and Schadenfreude, since I know deep down it’s “only” a story? I suspect lots of us do.  But I do wonder whether we’ve come to see the world as an evil place where the forces of good are beaten into submission.  Is that the wisest place to be?

I know lots of readers who only read cozies. Who revel in the humor, the happy endings, and the quirkiness of the main characters. For them the crime has to be committed off-stage, there must not be blood, and sometimes even profanity is verboten. Do they see the world differently than those of us who read dark?

Lightening up for Ellie

I don’t have any answers; in fact I’d love to hear your opinions. But I will admit that my next book, which I haven’t started yet, will be an Ellie Foreman book and the voice will be lighter. Ellie has a dry sense of humor, and she’s the kind of person you (or at least I) enjoy going out to lunch with.  It won’t be a cozy, though. It’s all about espionage, past and present (I can’t stay away from the past), and there will be lots of suspense.

So again, I ask, where are you on the spectrum? What is too dark in your world, and how far are you prepared to venture? What does that say about us?