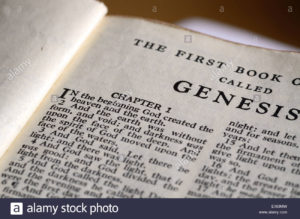 You crack open a new book or click on the first page of an ebook. You’re greeted by that all-important first line. Does it make your heart sink or soar? As every author knows, that first sentence gives you the opportunity to hook your readers. Provided you’ve crafted the sentence the reader knows something is going on, and they have to read on to catch up with you.  In other words, an author’s must create instant suspense. And the best way to do that is to start in media res, right in the middle of the action. No matter what the genre.

So…welcome to my first annual Best Ever First Line Contest.

Six of the best…

“The man with ten minutes to live was laughing.” The Fist of God‘ by Frederick Forsyth.

“The small boys came early to the hanging.” Pillars Of The Earth by Ken Follett.

“Some women give birth to murderers, some go to bed with them, and some marry them.” Before The Fact, by Francis Iles (basis for Hitchcock’s Suspicion).

“I turned the Chrysler onto the Florida Turnpike with Rollo Kramer’s headless body in the trunk, and all the time I’m thinking I should have put some plastic down.” Gun Monkeys by Victor Gischler.

“It was a bright cold day in April, and the clocks were striking thirteen.” 1984 by George Orwell.

“Scarlett O’Hara was not beautiful, but men seldom realized it when caught by her charm as the Tarleton twins were.” Gone With the Wind by Margaret Mitchell

You get the picture. So how’s it done?

There are three elements a writer can use to grab someone by the throat from line one: exposition, narrative and dialogue. An exposition might go something like this:

From my novel A Picture of Guilt: “The raft plunged straight down and slammed into 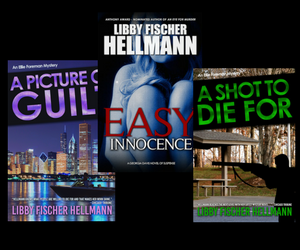 a wall of water.”

A narrative-based introduction can also be powerful, for example the first sentence of Easy Innocence: “Long after she moved on, she would remember the smells.”

And then there’s dialogue. How about this, from A Shot To Die For: “What do you mean you’re not coming? You were supposed to meet me! We had a date!”

No matter which element you choose, the idea is to make the scene so clear and compelling that the reader must find out more: why did the raft plunge down a wall of water? What smells was she talking about? Why was the date broken? If you don’t turn the page, you’ll never know.

How about this, from Freezer Burn by Joe Lansdale? “Bill Roberts decided to rob the firecracker stand on account he didn’t have a job and not a nickel’s worth of money and his mother was dead and kind of freeze-dried in her bedroom.”

Could you close that book and walk away after reading the first sentence? I  couldn’t. The same goes for this one, from Fat Tuesday, by Earl Emerson:

“I was trapped in a house with a lawyer, a bare-breasted woman, and a dead man. The rattlesnake in the paper sack only complicated matters.”

And this, from Dead Over Heels, by Charlaine Harris:

“My bodyguard was mowing the yard wearing her pink bikini when the man fell from the sky.” Just brilliant, don’t you think?

Whether you’re a writer or a reader, or both, I’d love to know what you think. What’s your favorite Best Ever First Line? Please leave a comment below with the line itself and the book it comes from, and I’ll pick out the best. Winner gets whatever book of mine you want in ebook or audio. You in?