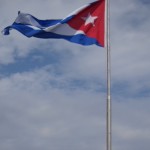 As many of you already know from the photos I posted, I visited Cuba February 11-18, but it’s taken me a while to write about it. I think I needed to process exactly how I felt. I knew it was an important trip, and not just because I’m setting a novel there (which I am). It turned out to be one of the most meaningful trips I’ve ever taken.

Even though Cuba is a “foreign” country, still technically Communist, and theoretically our “enemy,” as soon as we arrived, I felt an instant sense of ease. Even familiarity. Part of it was seeing all the American cars from the ‘50s. I have no idea how they are able to maintain them, but most of them are cruising the streets just as well as the Russian Ladas. Btw, you see newer KIAs and German cars these days as well.

I think that sense of familiarity came from the island’s history. Let’s be honest here: under Batista, Cuba was basically a US colony. American corporations and the Mafia “owned” Batista, and thus, Cuba. The corporations exploited the country for sugar, pineapples, cigars. They ran the phone system, the electrical company, some of the banks, and more. And that doesn’t include the profits that the Mafia raked in at the casinos. So there were a lot of familiar looking telephone wires, buildings, and infrastructure.  In fact, going there took me back to my childhood in some ways.

Which is unfortunate because that was 50 years ago. It shouldn’t be the case now. But it is. Cuba in 2012 isn’t much different than Cuba in 1959. It’s as if time stopped, even went backwards. That’s not to say Fidel failed in his revolution. But the embargo that we sanctioned after the Bay of Pigs, and the pressure we put on our allies to honor that embargo, has had its effect. And it’s been devastating. 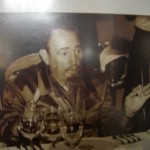 All right… let’s talk about Fidel for a moment. Because of him, the literacy rate in Cuba is virtually 100%. We could learn from the huge effort he mandated. Basically  children taught children, young people taught young people, and adults taught adults. 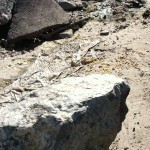 It was a massive effort and probably one of his most telling successes. There’s also health care for all — although medications are in short supply– free education, transportation, and subsidized housing. But like any bureaucracy, particularly when everything is owned by the state, a lot of things aren’t great. And it shows. Roads are falling apart, buildings too. Cuba hasn’t totally recovered from the Special Period, after the USSR collapsed, and Cuba lost most of its oil imports. People starved then, and while they’re not starving now,  things have deteriorated.

With no oil or gas, farmers can’t use tractors. In the countryside, they plow the fields with oxen. They get around by horse and buggy. The soil, I learned, is not conducive to heavy agriculture, so Cuba still imports rice and other goods when they can. 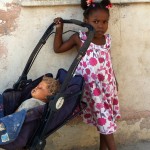 Havana is a different story. Because tourism is now Cuba’s #1 industry, the government has paid a lot of attention to certain areas. In Old Havana and Vedado, for example, there’s a lot of restoration. And, of course, the beach resorts of Varadero are incredible.  In other neighborhoods, though, there’s nothing. We spent an afternoon in Regla, for example, which is falling apart. The rotten smells, the heat, the  crumbling infrastructure almost made me cry. As did this photo of a little girl, which seems to mirror despair as bad as the worst of Chicago’s South Side.

As tourists we were treated like royalty. We stayed for the most part at fancy hotels mostly owned by the state. We were offered opulent breakfasts — indeed, there was more food than we could possibly eat. The average Cuban does not eat like that. In fact, our guide told us Cuba imports food because tourists consume five times as much as the average Cuban. 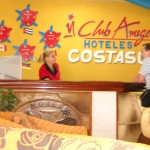 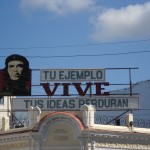 Politically, Che Guevara’s image is everywhere… on walls, buildings, posters, books, postcards, hats, t-shirts. You see Che even more than Fidel. It was the biggest irony I experienced —  in a remarkably non-commerical culture, Che is marketed heavily.  I have no doubt he would be appalled were he still alive. 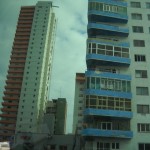 Yes, technically Cuba is Communist, but I didn’t see much evidence of it. There were some pretty ugly buildings erected by the Soviets, mostly housing units that look like Chicago’s Cabrini Green. Some stood next to beautiful homes in Vedado. It made for a striking contrast, architecturally. And while I realize we were taken where they wanted us to go, namely Vedado, Old Havana and Miramar, it’s clear many restrictions have been lifted. 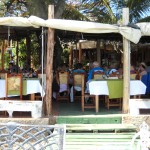 The most visible changes are the paladars, private restaurants that have sprung up and are flourishing. We went to several and had delicious, inexpensive meals. Restrictions have also been lifted on selling cars and property. This just happened, so it will be fascinating to see if it makes a difference in the poverty level.

The average Cuban makes about $20 a month. Even lawyers and doctors. Yes, it’s shocking,  even though they don’t have to pay for education or medicine. The result is that tourists are expected to tip for everything. Even the bathrooms are supervised by women who parcel out a little toilet paper in return for a dollar or so.

Which leads me to the currency. There’s an interesting dual currency system. Tourists and people in the tourist trade use Cuban Convertible Pesos, which everyone calls “kooks.” One CUC is roughly equal to one Euro, but the average Cuban still uses pesos, which are virtually valueless. The result? People survive on tips. And with the prices so low, one or two kooks makes a huge difference to Cubans. We met a waiter who earns about $16 a month, but because of tips was able to make 5 times as much.

Technology is at least 10 years behind the rest of the world. Internet connections are dial-up, and the average Cuban does not have a computer. But I did see people with cell phones– not a lot — but some. So I’m guessing smart phones aren’t far behind. Venezuela helped build a high speed cable for Cuba, but it’s not working.

Despite all the obstacles of daily life,  I got the feeling that Cuba is in transition, and the Cubans know it. You see it in their eyes and in their smiles. There’s a palpable sense of optimism. With the loosening of restrictions on American travel, I sensed that Cubans feel the embargo will finally be lifted,  sooner rather than later. And that their future is finally looking up.

At the same time they love Fidel… what we in the US failed to understand, especially during the Bay of Pigs era was the depth of the Cubans’ hero worship. Fidel brought them education, health care, housing… and despite his failings and that of the State he created, he’s “their” Fidel. 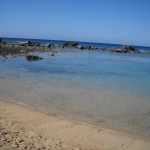 My biggest fear is that when the embargo is lifted, American companies will rush in to exploit the island and its resources like they did 50 years ago. I hope that doesn’t happen. The island is beautiful…it’s small but you can find every kind of topography: from pristine beaches (with no litter, paper wrappers, or sludge) to acres of palm trees to mountains. In addition the non-commerical culture is refreshing. There’s only one place in Havana where artisans come together to sell their wares, and it’s a huge warehouse near the wharf.   Surprisingly, the tourist stops along the highway had more kitsch than you’d expect. Still, I hope there are some limits and I dread the day when the first McDonald’s opens in Havana.

In the meantime, I highly recommend you visit. Make sure you bring donations: medicine, school supplies, clothes you don’t want, shoes. Whether you give them to the chambermaid, or a school, or the waiters in a restaurant, they’ll know what to do with them.

I didn’t cover everything–  I  left out the wonderful Afro-Cuban music, the Santeria influence, all the Hemingway points of interest, as well as the wonderfull daiquiris, Mohitos, and Cuba Libres we drank. I also didn’t discuss Cuba’s book publishing industry, about which I learned quite a bit.

Maybe I’ll get to those things in Part Two.