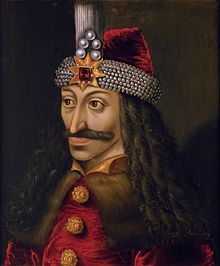 Remember Vlad the Impaler, the medieval prince who gave us our first version of the blood-sucking Dracula? The past seventeen years have seen the rise of a true-to-life Vlad, now the leader of Russia. He and his oligarch buddies helped support—in fact, resuscitate—Donald Trump. They saved him from his third bankruptcy, provided opportunities for him to clean their money, and subverted our elections in 2016 in return for his promise to lift sanctions against them.

But I don’t intend to rehash what we already know and why it happened. Nor do I want to belabor Trump’s horrifying character, which has contributed to the mess we’re in.

If you are still in any doubt about the sheer range and scope of Trump’s destruction of political, social and cultural institutions, take a look at this list crafted by Political Dig . Because that’s where my series of Trump-inspired blogposts kicks off. And for a timeline of Trump-Russia events that began even before November 7th, created by the Bill Moyers gang, click here.

Like many others, I’ve spent the months since Trump’s election in a state of rage, disbelief, and paralysis. I have not been able to write anything since November 7th. I’m reminded of the time right after 9-11 attack when no one I knew could write – how could we make up stories when our reality was so terrifying? Now, though, I’ve decided eight months is enough. I can no longer allow Trump to have power over me. It’s time to harness my rage to create something that might be actually useful.

What I hope to do is offer suggestions from people a whole lot smarter and more experienced than I to fix our country. So, welcome to my Trump series, a series of blog posts I’m calling “A Blueprint for Fixing What 45 Fucked up” or in more palatable language, A Blueprint for Fixing Our World.

Most Presidents fail to keep their promises

Most US Presidents renege on their promises. In fact it’s said that just one, James K. Polk, who was President back in 1845, managed to keep every single promise he made to the electorate, fulfill all his campaign promises, and complete his presidential agenda from start to finish. And even so, Polk only served one term and is not usually named among the top 10 Presidents of all time. Which goes to prove that 2016 was not the only time Americans voted against their own self-interest.

Nixon was an out-and-out criminal. The jury is still out on poker-playing Warren Harding. George W kicked off a series of costly conflicts which killed thousands of soldiers and—oh right— helped plunge us into a deep recession. Herbert Hoover fueled a raft of trade wars and helped us fall into the Great Depression. John Tyler was a stalwart supporter of slavery and Fillmore helped it spread. But Trump trumps them all, forgive the pun, to such an extent that he’s begun to destroy and dismantle our democracy. Even worse, he’s damaged the ideal we cherish of a “more perfect union.” In record time.

So what needs fixing? Glad you asked. Consider the following.

He hasn’t persuaded Congress to repeal or replace Obamacare—yet he still insists Congress must.

He hasn’t cut taxes and his tax reform plans, which will only benefit the wealthy, are still murky. Instead of “draining the swamp,” he’s helped it thrive by appointing more billionaires to his administration than any President. Their huge conflicts of interest– managing the departments in which they have a financial stake—are glossed over, even praised.

In six months he has spent more of the public’s tax money on travel and security than Obama did in his entire eight years.

He has failed to keep jobs in America.

He has begged for approval and toadied up to Putin, to the point where many Americans now see it as treason. It appears that they made a Faustian deal: Russia would help elect Trump in return for lifting the Magnitsky sanctions. But Trump couldn’t deliver on sanctions relief, and now, as The Hill says, Putin has counter-punched: “Russian President Vladimir Putin’s decision to curtail American staff at diplomatic posts by more than 750 people could herald a frosty turn in Moscow’s relations with the United States.”

He has refused to divest himself of his businesses, and he’s profiting off those businesses while he’s president – something that’s totally unprecedented. As Richard Painter, who acted as President George W. Bush’s chief ethics officer, said, this “clearly illustrates that around the world, he will just simply expand around the various holdings and as they continue to expand, the conflicts of interest expand.”

He has abandoned measures to mitigate climate change and has no time for scientists or other experts, preferring to rely on his own flawed intuition and the science-free personal pronouncements of climate-deniers, some of whom are in his Cabinet.

His immigration policy is cruel and getting worse. As Cardinal Joseph Tobin of Newark, N.J., said in May, “you really have to believe in inflicting cruelty on innocent people to choose to support the policies we’ve seen in recent months.” He has encouraged the nation’s Catholic leaders to resist the immigration stance of the administration.  And the influential Jewish group ADL (Anti-Defamation League) has recently called Trump’s stance on immigration “un-American.” Even Pope Francis disagrees with his plans.

He has flouted the rule of law and obstructed justice regularly since his election: firing Comey, his threat to fire Sessions Mueller, writing a dishonest statement about his son’s meeting with Russians. Conspiring with Fox News to create—wait for it—a fake news story about Seth Rich.

He consistently denigrates the US intelligence community and now is leveling his scorn on Congress too.

His mercurial temperament, malignant narcissism, and rejection of political protocols is shocking, and his mental capacity is under question. His lack of personal and political discipline, endless impulsive comments (like telling police not to be so nice), constant use of Twitter, and unending obsession with Hillary and Obama reflect, at best, a superficial understanding of governing. And his ability to lie indiscriminately has weakened the United States’ credibility.

His has insulted most world leaders and has gutted the State Department, in the process devastating global US diplomacy. The unfilled positions in virtually every State Department office have become a danger to our security and our safety. His lack of nuance in conducting foreign relations is embarrassing, and harmful.

Our voting systems and its apparatus, whether due to Russian meddling or GOP electioneering shenanigans, is unreliable. Voter suppression legislation has been proposed in over half the states, and Trump wants to strengthen those proposals even more with a federal commission that could potentially delegitimize voters throughout the country.

The Fix: Where To Start?

Sadly, scientists have discovered that no matter how hard you try, you can’t change people’s minds when they have entrenched views: try convincing an atheist to turn to religion, or a religious person to abandon their faith. Trump’s base has been described as a cult; they’ll likely support him to the bitter end. Let’s hope that time comes soon… and that a host of deprogrammers are out there. For the rest of us, though, it’s not too soon to think about the Post-Trump era. What do we need to fix? What do we need to reinstate? What do we need to abolish? I’ve decided to tackle the “fixes” by dividing them into subject areas. Generally, they fall into the categories listed below. Unfortunately, the list looks like the agenda of a meeting from hell.

Come back next time for the first fix. In the meantime, you might enjoy this website. Part of the Resistance, the Shadow Cabinet keeps track of everything he is doing, so you and I don’t have to.

Do I need to add or remove any categories? Don’t be shy.