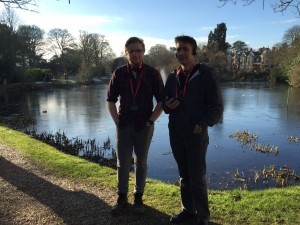 As the war progressed, so did the work at Bletchley, particularly after Alan Turing developed the Ultra. And all in total secrecy. It’s amazing to think that over 10,000 people worked at Bletchley over the war years, but no one knew. The secrecy was impenetrable — something that would probably be impossible today. And it didn’t end with the end of the war. The people who worked at Bletchley could NEVER talk about what they did — until the 1980s when the information was finally declassified. Work on the restoration of Bletchley Park began in the 1990’s.

Tomorrow, the basics of codebreaking.