Of all the dissolute goings-on this country faces, voting suppression strikes at the heart of our democracy, and to me is the most frightening. Simply put, we are at a tipping point. Unless we make major changes in the way we vote and how those votes are tabulated, we’re going to sleepwalk into a dystopian landscape where democracy is dead, and the right to vote belongs to the wealthy, white, and right wing.

In Part One I tried to outline the major barriers and suppression tactics used in 2016 that helped elect Donald Trump. One reader wrote how depressing it all sounded and that few solutions were apparent. Happily, the good news is that there are good angels committed to avenging, restoring, and protecting the most sacred and visible symbol of our democracy. Even better, some—but not all—of these efforts could be in effect before the 2018 midterms.

The more research is done, the more apparent it becomes that yes, vote tallies were changed during the 2016 in the crucial states that Trump ultimately won. I mentioned Mike Farb and Unhack the Vote. If you haven’t read the articles on the site about how this happened, you should.

Recently, though, some states are beginning to wake up. Just a couple of days ago, state election officials in Virginia decided to bar the touchscreen machines that are considered so vulnerable. And this will happen, in 2017, in preparation for Virginia’s gubernatorial election. National voting experts are calling this an “extraordinary step forward for integrity and security.”

Other groups, like MIT and UC Berkeley are looking back at 2016 and calling for presidential election audits. In July, the state of Colorado agreed to an audit although what the results will show are still a question mark.

Of course, the simplest solution to the problem of hacked or otherwise vulnerable voting machines is to go back to paper ballots. The Dutch did exactly that in their recent national election in March and counted them by hand.

Hopefully many US states will take the same approach. Since election systems are the province of the states, write/text/call your Congressmen to demand paper ballots and hand-counted tallies.

Avengers Take to the Courts

Many players are taking to the courts to clean up gerrymandering and the purging of voter rolls. The ACLU is aggressively litigating Trump and Kris Kobach’s ongoing lies about voter fraud. In Georgia the ACLU has put Chatham County on notice by suing Fulton County over their illegal purge notices. And it’s threatening a lawsuit over purge notices sent to voters in Gwinnett and Cobb counties too. They’ve also taken on other states that use the heinous Crosscheck system several years ago, like Ohio. And the League of Women Voters along with the NAACP are suing the Indidana Crosscheck voter purge. Finally, the ACLU is suing the White House Election Fraud Commission, almost before it went into business. The Commission, headed by Kris Kolbach (what a surprise) would have legitimized the Crosscheck program by applying it nationwide. In fact, absent more information about how the Russians interfered with our vote, CrossCheck is by far the most effective voter suppression tactic around. MILLIONS of people of color were disenfranchised over the past few years, which helped the GOP win so many states. Stay tuned.

Major partisan gerrymandering cases are also ongoing in Maryland, Wisconsin, Texas, and North Carolina. In fact, the cases in Texas and Wisconsin will be heard by the Supreme Court, despite a decision from Supreme Court Justice Alito to stay parts of a lower court ruling in Texas.

In May former U.S. Senator Russ Feingold called gerrymandering the equivalent of “our generation’s civil rights moment, our 1965.” He believes the country needs a Federal 21st century Voting Rights Act. The onus is on us to demand one, and on Congress to pass it. 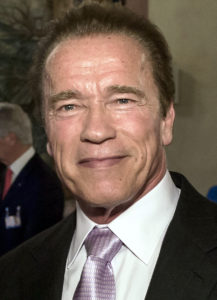 Even former California governor Arnold Schwarzenegger is getting involved. A few days ago The San Francisco Chronicle reported that

Instead of dropping in on late-night talk shows to promote his new project, Schwarzenegger is drawing a mass audience to the issue by starring in a series of short, funny videos, heavily salted with quotations from his movies, that have gone viral. Each explains the issue in simple, easy-to-understand terms.

Btw, in case you’d like to know how other countries handle gerrymandering, check this WAPO article. Bottom line, it can be done. With just integrity, guts, and organization.

Adam Schiff, the Ranking member of the House Intelligence Committee, has introduced a 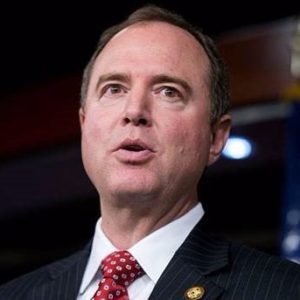 joint resolution to Congress to overthrow Citizens United. And while the Supreme Court ruled that corporations have a right to spend unlimited sums of money to influence elections, not all cities and states agree. In fact, Atlantic Magazine says that efforts to reverse the law must and have begun on the state level.

Some promising campaign-finance initiatives are already appearing at the state and local levels. Maine, Connecticut, Arizona, Seattle, and New York City have each adopted generous public-financing schemes to reduce the influence of private wealth.

What You Can Do

But that doesn’t answer the question that is central to all of us. What can we do as individuals? Will it matter? How do we do it? Well, here are some suggestions that you can do, even if you only have two minutes to spare.

— ACLU On October 1st, People Power – the ACLU’s grassroots mobilization program will launch a new campaign focused on organizing local communities to protect and expand our fundamental right to vote.  Their plan is to organize THOUSANDS of grassroots events in communities all across the U.S. We’ll be ready to fight back against attacks on our voting rights and put pressure on our lawmakers to expand this fundamental pillar of our free society. If you can join the launch event. Or even organize your own.

–This is one of my favorites. Whether you have two minutes or two hours, you can get the “Voter Suppression Toolkit” which was created by the Showing Up For Racial Justice organization, because, let’s face it, most voter suppression tactics are aimed at people of color.
Whether you have time to post a tweet, write a FB post, or something a little more involving, you CAN make a difference. Please click here to find out more about it.
You can join their Facebook group here.

— Most important. Make sure you have registered to vote. Many states send out a registration card when you do. If your state does, make sure you get it and you’re on the books. If it doesn’t come, or you’re in any way suspicious, call the voting commission in your area. And call your state representative.

— Finally, VOTE. Even if it’s just for the local dogcatcher, school board, or Citizens community group. If you don’t vote consistently, your voter registration can (mysterious) go inactive. This will be CRITICAL in the upcoming 2018 midterm elections. Only with a a Democratic majority in the Senate can we be assured he will be gone.

To learn more about voter suppression, watch the film that told you Trump would steal the 2016 election, reveals who did it, how, and what they’ll do next. Greg Palast’s documentary The Best Democracy Money Can Buy: A Tale of Billionaires & Ballot Bandits, is on sale on his website. It’s also available to rent through Amazon. If you’re a member of Prime, it’s FREE!