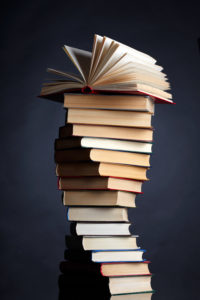 There’s a lot of talk about the death of traditional publishers, but things aren’t exactly coming up roses on the indie publishing side either. Authors find themselves between a rock and a hard place, at the mercy of a fast-changing market, none of whose players seem to know which way to turn or which direction to follow. The result is an increasingly rocky ride for all authors, indie and otherwise.

These days traditional publishers often limit authors to a mean-spirited 10% royalty for print sales and a better but still mean 25% for ebooks and audiobooks. Which means you have so sell a hell of a lot of books to make a success of a writing career.

In fact,  traditional publishers call selling 5000 books a success. You can earn a place on the Wall Street Journal bestseller list with sales of just 3000 books, and the once-prestigious New York Times bestseller list with as few as 2000 sales, against a backdrop where many authors sell fewer than 500 books. 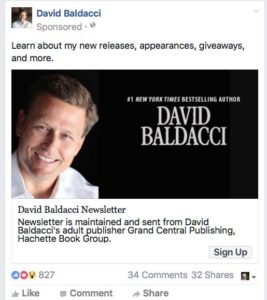 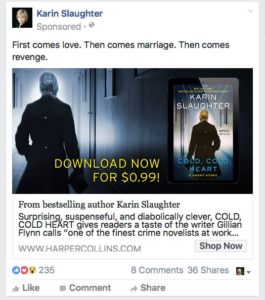 In fact, Penguin-Random House, the largest of the Big 5, saw a double digit decline of 10% in sales and earnings for the 1st 6 months of 2016! Maybe that’s why we’re beginning to see Facebook ads for the likes of Karin Slaughter and David Baldacci. What used to be the sole terrain of indie authors is now being invaded by traditionally pubbed authors, desperate to keep their sales up.

But the indie author has his/her own woes.

The changing face of Amazon

Take Amazon. Their legendary customer review system used to make it easy for readers to find best-sellers, with the books people enjoyed the most automatically appearing on the bestseller list. Simple. But back in May 2015 the retailer took the Best Sellers category off the drop down menu.

These days buyers can sort books by relevance, price, customer reviews and new arrivals, but no longer “Best-Sellers.” When you search categories, best-sellers don’t pop up automatically either – you get ‘featured’ books instead. There you can sort by best sellers, but the process is far less intuitive and not anywhere near as user-friendly as it was. And while writers like me might hit the number one slot in several categories, our Kindle books aren’t visible to people via organic search. Does it matter? Read on. 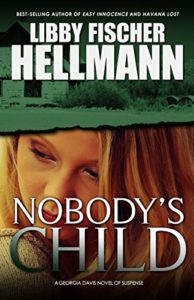 My friend Janet Tavakoli and I have been experimenting with Amazon. The full story is on the Huffington Post website , but here’s a short version.

Janet ran a promotion for the Kindle edition of her excellent nonfiction memoir, Unveiled Threat: A Personal Experience of Fundamentalist Islam and the Roots of Terrorism.At the same time I ran a broader promotion for my award-winning thriller Nobody’s Child. Here’s what happened:

Because Amazon now delivers ‘featured’ Kindle books instead of bestsellers, when Janet cleared her browser and tried to track these categories down on Amazon, she failed. She couldn’t find either Kindle book, simply because you can’t see the genuine bestsellers in a category unless you specifically ask for them. For my book Nobody’s Child that would mean clicking through Kindle Store to Kindle eBooks, then finding the bestsellers link and clicking through to Mystery, Thriller & Suspense > Mystery > Private Investigators. A long journey, and not one that comes naturally.

Authors like us helped make Kindle a success with low-cost, highly popular ebook content. Now, though, Amazon customers can’t find our books organically, unless they make a big and hopelessly counter-intuitive effort. Ultimately, this means we may be less inclined to stick with Amazon, as we once did. More indie writers than ever are listing their eBooks with Amazon’s competitors.

Amazon has been very good to me in the past, but I can’t help wondering if this is one of the shots across the bow we’ve been fearing. What else is on the horizon?