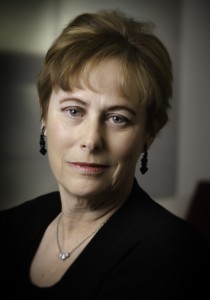 Hi again, everyone. I thought I was going to finish my update about traditional vs. self-publishing with a candid look at the Pros and Cons of self-publishing. But there’s so much to cover and so much has changed. Again, it’s going to take me more than one post… so get comfortable.

In parts 1 and 2 I talked about how traditional publishing no longer has the benefits it once did, and  we ended up with a chart that looked like this:

But let’s be honest. It isn’t all rosy on the self-publishing side, either. As they say on the dating websites, “Y’all got issues.” Here is more or less the same chart I created three years ago, listing the basic pros and cons of self-publishing. Since then some trends have become more prominent. Others have gone away. Anyway, take a look.

Let’s start with the obvious. Self-publishing gives the author much more control, by making them the focus of the process. But it’s what an author does with that control that matters.

The author entrepreneur is almost a cliché these days. But like most clichés, it’s true.  Authors need to understand the business of publishing if they’re going to be successful. Many traditional authors, having been coddled by publishers or prodded to do this or that, don’t approach it that way, whereas most self-published authors do. Being a Type A person, I’m all in with the entrepreneurial spirit, but I understand the anxiety of writers who aren’t.

Furthermore, there are still middle men. Instead of agents and editors, business people tend to call them allies or strategic partners. For example, whatever platform you use to distribute your work is essentially a middle man, including Amazon, Smashwords, Createspace and Kobo. But they’re impartial middlemen and you can use them in an unlimited way, which has opened the floodgates.  But there are other types of middlemen as well, and I’ll get to them in a bit.

For me quantity is one of the biggest problems in self-publishing. There are just too many ebooks. The market is saturated, borne out by the latest statistics from Bowker in late 2012, with the number of self-published books produced annually in the U.S. almost tripling. Self-published titles have grown 287% since 2006 with more than 235,000 self-published print and ebooks on the ‘shelves’ in 2012, up from 148,424 in 2011.

So, how does anyone’s work, whether you’re Stephen King or obscure John Smith, stand out in such a vast crowd? One of the biggest issues, going forward, is, thus, author discoverability.  (More about that later)

The other major problem is quality, just as it was when I originally covered the subject. Many of the authors I read don’t write well. They don’t understand the basics of the craft of fiction. Now that might not bother some readers, especially if the story is fresh and new, but for someone who appreciates good writing, like me, it isn’t good enough.

I can tell by the end of the first page— usually the first paragraph—whether the author knows what they’re doing. Really… it’s that obvious. Now I may be a stickler, or an old fogie —it took 5 years to get my first book published—but during that time I dedicated my energy and effort to honing my craft, learning from writing groups, hiring a good independent editor, and voraciously reading every great book I could find in my chosen genre.

The bottom line—I worked hard. I wrote four novels before my first was published. That’s right. The 4th novel I wrote became AN EYE FOR MURDER. I shudder at the thought of what would have happened if I’d self-published my first novel. Looking back it should be locked in a trunk and submerged at the bottom of the ocean, like Titanic, forever. It was that bad.

A lot of people seem happy to self-publish bad writing—but just because you can doesn’t mean you should. If something is worth doing, surely it is worth doing well.

If you’re committed to this thing called “writing,” it makes sense to treat your career with respect. Learn the basics of fiction. Teach yourself how to create clear, understandable prose. Find out how to build suspense. Identify how characters should behave (See Writing Lite for some tips).

And READ. As much as you can, whenever you can. Get a sense of how good writers approach their craft. Then write. And edit. And edit again.

What about self-publishing gatekeepers?

Some things haven’t changed. We are still waiting for self-publishing gatekeepers to emerge. Some say readers are the ultimate gatekeepers. Well, sure. But let’s get real. With literally millions of books out there, how are readers supposed to find, read, and make ‘value decisions’ about them?

Recently lots of organizations have popped up claiming they will help. Goodreads is probably the best known and most successful. But there are others who profess to do the same job. Of course, as a writer, you may have to pay these folks to gatekeep for you, otherwise you might not even qualify for a listing.

A word of caution: check who owns the site. Some are owned by traditional publishers, either individually or as a consortium. Others may be patently shilling for one author or group or another. As far as I’m concerned, once you’re beyond Goodreads and Shelfari you’re in the Wild West of gatekeepers, where everyone has a gun and a badge.

The gatekeeper issue is directly tied to discoverability. But before we go there, it’s important to discuss just how the marketing landscape has changed.

Many authors use social media to market these days, which is both good and bad news. Yes, marketing via social media doesn’t cost a whole lot compared to traditional marketing, promotion and publicity. The down side is the time suck involved. Being social eats up a huge amount of time, so much so for me that my productivity—actually writing crime fiction— has plummeted. But that’s another post.

Back to discoverability. How does an author stand out in such a crowded market? As I mentioned, there are middlemen who claim to cull the best of the best and promise visibility. But, again, be careful. Always check to see who owns the sites. Check their Alexa rankings. Find out how much they charge. Identify what they actually deliver. Are they publicists, advertising sites, or something else altogether? I’m not going to call them scam artists. Yet. But some of them seem to be sailing pretty close to the wind.

I still believe the best way to be found is through reviews. The more positive reviews you get, the more attention your pages will get. It’s a self-fulfilling prophecy.

Once upon a time groups of authors banded together to cross promote each other. I think the jury’s now out on that. Mostly because the quality varies so dramatically from author to author. And because seeing people pimping their friends’ books has become tiresome. I used to do it, and sometimes I still do. But long term, I’m not sure it helps.

So what should you do to get discovered? Social media mavens will tell you to blog, to do videos, to tweet, etc. In other words, to throw everything against the wall and see what sticks. But does that boost sales? I dunno. In fact, of all the “cons” in self- publishing, I think discoverability is the thorniest. I would love to hear ideas from those of you who have crossed that bridge successfully.

Once again, I’ve gone on too long. I promise I really will finish up next time. Thanks for hanging in there. I ought to give whoever got to this point a free ebook.

If you did, let me know which one you want.