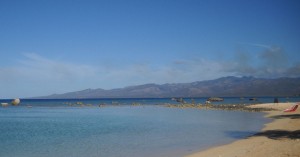 A couple of weeks ago I brought up the concept of karma, in relation to a colleague who helped me a lot in the early stages of my career. Now it’s come up again, this time regarding Cuba, a place close to my heart.

I can’t tell you how thrilled I am that the US is, step by step, re-establishing a diplomatic relationship with Cuba. There’s a lot going on, including John Kerry visiting the country this month. The US now has an Embassy in Cuba, and they have one in DC. A lot of restrictions have been eased, but it’s apt to be a “bumpy ride,” as Bette Davis said, because our two cultures have built up such animosity over the years. But at least it’s begun.

What would speed up rapprochement, of course, is lifting the embargo that’s been in place for nearly 60 years. It never made much sense to begin with, and it’s had a devastating effect on the Cuban economy. In fact the joke Cubans will tell you is this: Fidel has given us a great education, universal heal 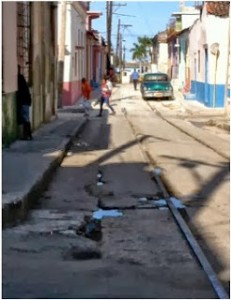 th care, and independence from the goddamn Yankee. There’s only three problems: breakfast, lunch and dinner.

Hillary Clinton insists the Cuba embargo must end, saying “Americans and Cubans alike are looking to move forward. I believe it’s time for Congress to do the same,” and she’s taken her message to Florida where the majority of Cuban exiles (at least those who are still alive) are. There are still hurdles to lifting it in Congress—but, coupled with the other initiatives Obama has launched—this time it has a fighting chance.

In other areas, Cuba and the US are set to resume talks on a direct mail service between two countries. And tourism is already up. As the Sun Sentinel points out:

“In Washington top officials and members of Congress are joining the growing stream of visitors to Cuba, bringing a burst of momentum to attempts on Capitol Hill to lift the ban on pleasure travel to the island. Inspired by seeing Cuba first-hand, members of both political parties are sponsoring and supporting legislation that would widen the flow of visitors and increase trade… Normal diplomatic relations and changes to travel rules have unleashed a pent-up demand to see the mysterious place before it radically transforms.”

There’s more. Americans might soon be able to use credit cards when visiting Cuba, now that the Florida-based Stonegate Bank has agreed to a financial relationship with a bank on the island, the first such agreement between the two countries in 54 years. Once things start moving, they tend to move fast. With luck, Cuba will be able to rejoin the world as a thriving economy before too long. It’s been a long wait.

The US, as the main protagonist in Cuba’s economic decline, is uniquely positioned to help the country’s economy improve, and reconstitute its middle class. However, I fear US corporations might pounce on Cuba, seeking to exploit its resources and people like they did before the Revolution. If that happens, it will be a disaster. We have to help the Cubans, not rape them. And I can’t say I’ll be happy to see the first McDonald’s in Havana. The absence of commercialism in Cuba is one of its charms.

Despite their economic struggles, however, Cubans score high on the Happy Planet Index. Taking 12th place in the list of all 151 countries analyzed, they have a score of 56.2 with a high life expectancy, ‘middling’ levels of experienced well-being, and a moderate ecological footprint. The USA, on the other hand, comes 105th with a score of 37.3. It just goes to show, economic success doesn’t always mean happiness. But then again, nor does poverty. We live in ‘interesting’ times, in the Chinese sense. 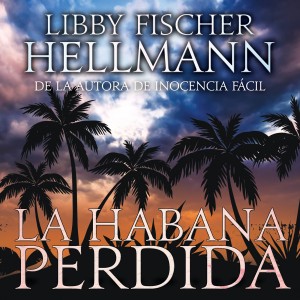 My thriller Havana Lost begins at the end of one diplomatic era and ends on the cusp of another. It just so happens that the Spanish translation audiobook of Havana Lost is now available. Just in time to celebrate. If you speak Spanish, or know someone who does, would you let them know about it, please? It’s available on Audible, Amazon, and iTunes. 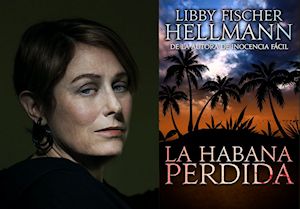 Best-selling crime fiction author Libby Fischer Hellmann claims she’s “writing her way around the genre.” With eleven novels and twenty short stories published, she has written thrillers, suspense mysteries, historicals, PI novels, amateur sleuth, police procedurals, and even a cozy mystery. She has been nominated for the Anthony (twice) the Agatha, Foreword Reviews “Thriller of the Year” (twice) and has won the Lovey multiple times. She lives in Chicago and claims they’ll take her out of there feet first.